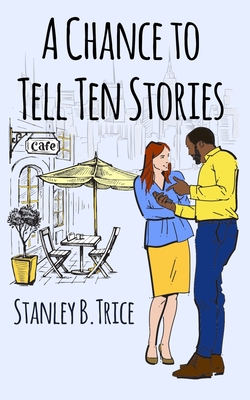 A Chance to Tell Ten Stories

These stories tell about sisters reuniting at their grandpapa’s funeral, a dad becoming a woman, a lonely homeowners association president, Betsy who likes shiny light bulbs, and Donald confronting co-workers and teenage daughters. There is also Gwen searching her past for help after a rape, a comedian avoiding colors, a dying Tommy wanting God’s forgiveness, a blind Peter who meets Mary with cancer, and a couple married for years who perform on a high school stage.

These ten stories have people on a journey they did not plan to take. Their destination is unknown until they arrive. When lost, home can be a place of rest with no need to go further.

Stanley Trice grew up on a dairy farm in Spotsylvania, Virginia and ended up commuting to the Pentagon from south Stafford County. To keep his sanity over the commute and politics, he wrote over fifty short stories. More than two dozen were published by magazines and journals.

He escaped the long commute and politics and moved to New Bern, North Carolina (a place he had never been to before). Here, along with volunteer work, he writes novels. Yet, he still likes reading and writing short stories.