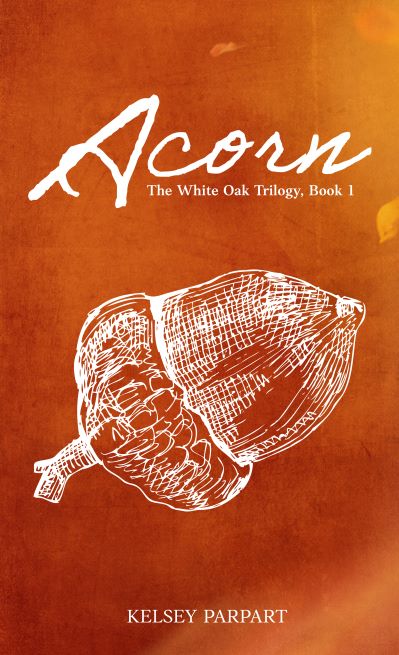 Erica Wright works too much, can’t stop arguing with her mother, and has no idea what she wants out of college. When her uncle disappears, she escapes the big city and the weight of her mother’s expectations to help her grandmother run the family business in Juniper Falls. It’s in this sleepy Southern Oregon town that she runs into her childhood friend, Xander Reed. He leaves her breathless, not just for his hard-won smile and dark good looks, but because she was sure he was dead.

When her uncle’s body is found buried in the town cemetery between two enormous white oak trees, Erica looks for answers. What happened to Keith? How is Xander connected? And why can’t she get him out of her head?

Kelsey Parpart grew up in Washington state before moving to Oregon then Alaska and finally settling in the Blue Ridge Mountains of North Carolina. She holds a bachelor's in English from Washington State University and is a graduate of Portland State University's Book Publishing program. When not writing, she works in marketing in the engineering and construction industry and makes slow but steady progress on building her dream hobby farm. The White Oak Trilogy is her first series. Learn more here.