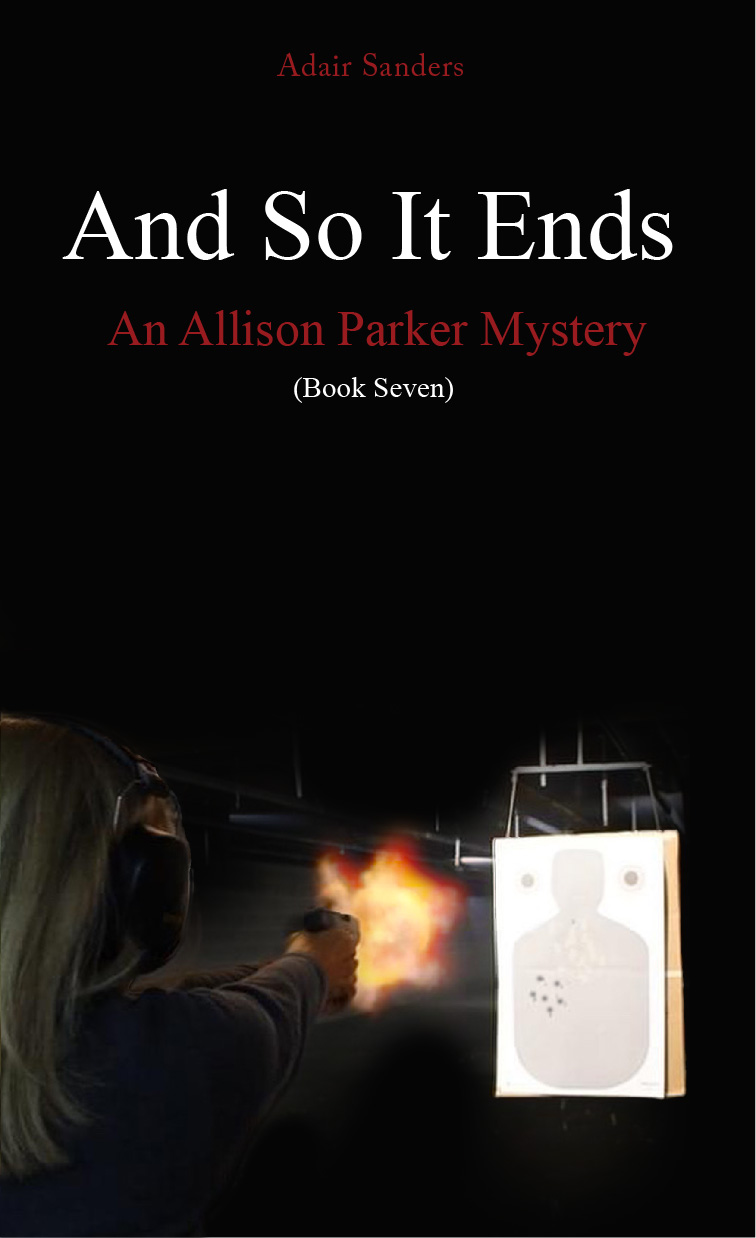 And So It Ends: An Allison Parker Mystery

The mutilated body of C.I.A Section Chief Ned Bakke has been discovered in the car trunk of a sitting Supreme Court Justice. Who put the body there? Was Bakke’s murder a warning? And if so, by whom? Jake Cleveland and Wolf Johannsen fear this may be the work of a powerful cabal of men who have infiltrated the United States government at the highest levels. Wondering if the death of another American asset in Italy a few months earlier is connected to Bakke’s death, Wolf and Jake enlist the help of retired Admiral J.T. Tackett. When a Russian consulate officer approaches the Admiral with information vital to national security, the stakes are suddenly much, much higher.

In the meantime, retained by Jennifer Reardon to look into the murder of Reardon’s father, Allison Parker initiates an investigation which brings her to the attention of a vicious Cartel boss. Unwittingly placing herself, Frank Martin and others in mortal danger, Allison fails to connect the dots until it is too late.

Adair Sanders, nee’ Anne Clarke Sanders, spent the first thirty-plus years of her professional career as a trial attorney, beginning her legal career in the mid ‘70’s at a time when women lawyers were few and far between. In one of her early interviews during her post-law school job search, a partner in a prominent Knoxville, Tennessee firm asked her if she planned to have children, and later, when she was a practicing attorney, a Federal judge told her women attorneys had no place in his court room.

But, times did gradually change and Sanders embarked on an interesting and varied legal career as a trial attorney in both private and government practice – prosecuting coal miners in the “hollars” of Eastern Kentucky as a Special Assistant U.S. Attorney, interviewing bank felons in a maximum security prison as an F.D.I.C. attorney, and then spending her last twenty years of practice defending businesses in Mississippi state courts where the term “jackpot justice” aptly described what local juries thought trial verdicts should provide. Oh, the stories she can tell.

Along the way Sanders became the first female member of the oldest men’s dining club in Knoxville, Tennessee, became the first female partner in Mississippi’s oldest law firm, was named one of the top business women in the state of Mississippi, and elected to one of the earliest classes of Leadership Jackson in Jackson, Mississippi. And she had a family, too.
By the time she was in her mid-50’s burnout had made itself present in her life. So, with the retirement of her husband, a judge, Sanders decided to leave the legal world behind and to try her hand at writing, adopting the pen name “Adair Sanders”. Her first book, Biologically Bankrupt, a 2012 finalist in the CIPA EVVY Awards, provides a ruthlessly honest personal look at the far-reaching effects of generational dysfunction in Sanders’ family of origin. A sometimes-painful read, in the end Biologically Bankrupt is a story about love, choices and redemption.

In 2014, Sanders published the first book in the Allison Parker Mystery series. As Sick As Our Secrets introduces a colorful list of characters in a thrilling and engaging mystery fraught with sex, blackmail and murder. The next four years saw the publication four more books in the series: What Comes Around; Ashes to Ashes; Suffer the Children and Wolf. In 2018 Sanders published Out of the Ashes, A Collection of Essays, and in the fall of 2020 the sixth book in the mystery series, The Games We Play was added. Also in 2020, Sanders adapted the fifth book in the series, Wolf, into a screenplay. The latest addition to the mystery series, And So It Ends, may or may not signal the end of the series – as usual, there is a mystery left unsolved. Reviews of her books have been stellar.