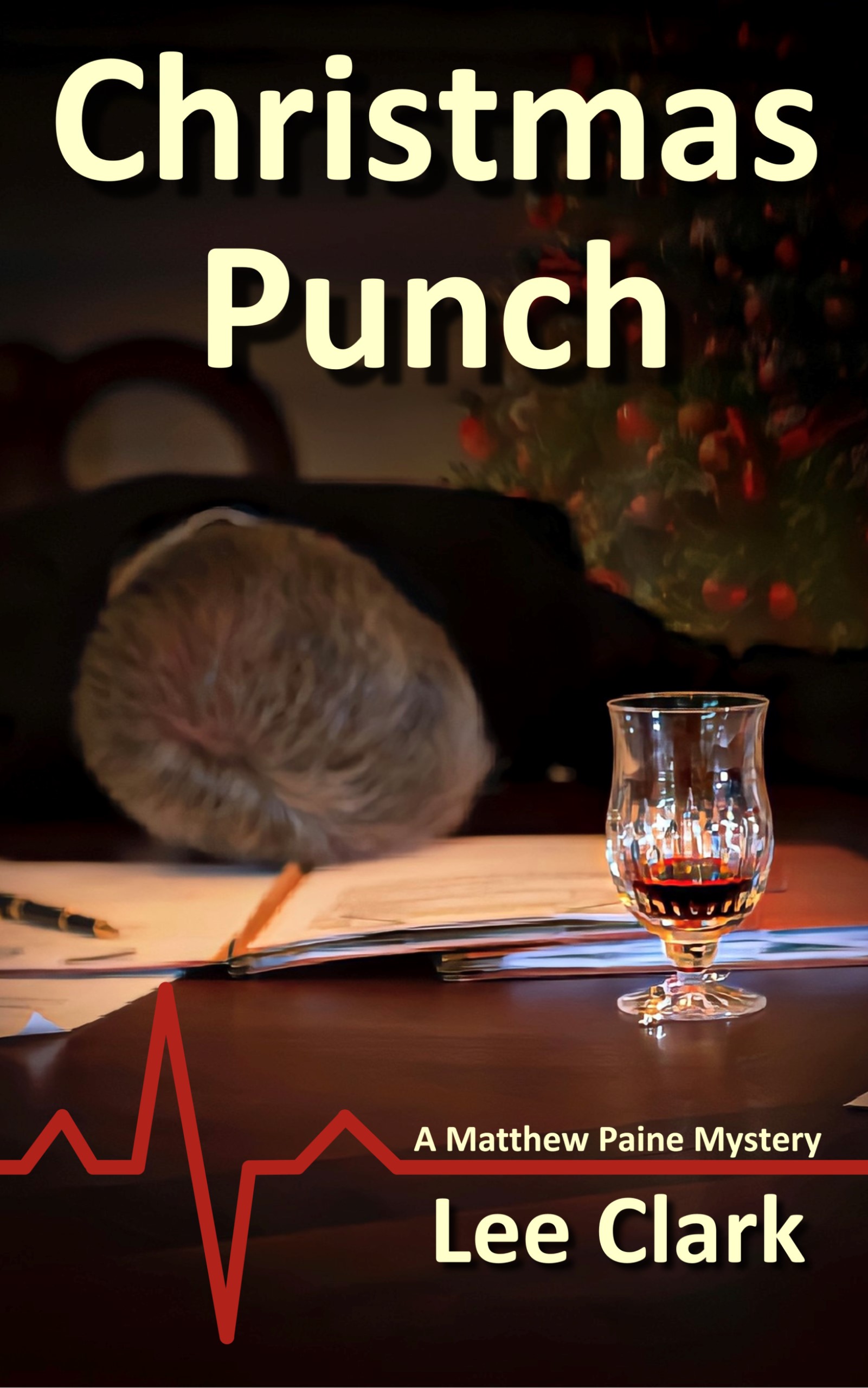 Cici Patterson’s prestigious law firm hosts an annual Christmas Gala that everybody who’s anybody in Raleigh, North Carolina is dying to attend until one of the senior partners turns up that way — dead that is.

When Matthew Paine, a young physician from a family practice in a small town on the outskirts of Raleigh is called from Cici’s side at the gala event, he does what he always does and rushes to help but he’s unable to revive the senior partner. Suspecting foul play, he summons Homicide Detective Warren Danbury who confirms Matthew’s suspicions.

Was it the punch from the party that packed the wallop? As Matthew signs back on as a medical consultant to work with Danbury on the investigation, is he targeted by the murderer or are some “accidents” merely that?

Finding suspects is surprisingly easy, but proving that any of them had anything to do with the murder becomes much more challenging. Kennedy Reynolds is arrogant and he undoubtedly had a beef with the senior partner, though he won’t disclose what it was. Aubrey Bartles still harbors an unrequited love for the wife of the murdered senior partner over thirty years later. But are either of them guilty of murdering him?

Lee Clark is a North Carolina native, originally from Raleigh, with family roots in Virginia. After working in the software technology industry in corporate America for over 20 years, creating and building highly technical user information for software developers, Clark decided it was time to pursue a true passion, finishing a fictional novel begun in 2014. Putting aside technical writing for fictional, Clark completed what was to become the first of the Matthew Paine Mystery series, Dead Spots, in 2021.

An admitted chocoholic and coffeeholic, Lee Clark still resides in North Carolina with spouse, two mostly grown children who are in and out, and a small petting zoo of dogs and cats.

Clark attended Campbell University, obtained a degree in Journalism from East Carolina University, and then a Master’s in Technical Communication from North Carolina State University.

The Matthew Paine character is fictional, though inspired by two very important men in the author’s life, brother Sean and son Will. Both will see characteristics of themselves in the character and identify with some of Matthew’s struggles.

The Matthew Paine mysteries continue and I was excited to see this new book by Lee Clark. This is her fourth novel and the books have gotten better with each book in the series. I’ve seen a lot of growth in this author and her prose is more relaxed and more enjoyable to read.

The “punch” happens right off the bat. Matthew and CiCi attend her law firm’s annual Christmas Gala and as they are coming in, one senior partner punches another senior partner and then stalks off. Later, the senior partner who was punched is found dead in his office. Was this due to the punch that happened earlier, or did the partner die of natural causes? Matthew is suspicious that this is murder. Enter Detective Warren Danbury (who has been in all the books) who is also suspicious. Danbury talks Matthew into working with him on the case as a medical consultant. As the case is investigated, several possible suspects are considered and investigated. Could it be Kennedy Reynolds, the senior partner who did the punching? Or possibly Aubrey Bartles, who is in love with the dead partner’s wife? Or maybe even someone else.

There’s a backstory going on in the book as well. Matthew and Cici had split up in an earlier book. They had different goals in life and had decided to call it quits. Cici had gone to London to work for a year and is back for the holidays. It’s pretty obvious that they both still have feelings for each other, but has something changed? Could they work things out?

Although this is part of a series, Christmas Punch could easily be read as a stand-alone. It is certainly nice to have all the history though, so I would recommend reading the earlier books. Both the mystery and the backstory romance are enjoyable. As with all the Matthew Paine mysteries, the book is not filled with gory violence and there are no explicit sexual situations. It’s a good clean mystery somewhat like Agatha Christie’s Miss Marple stories. There is one quirky character, and that’s Detective Danbury who is known for his abruptness (I like this character). I liked Cici better in this book than in earlier books. She doesn’t come across as so hard-nosed and driven this time. Matthew, what can I say, I still can’t find a flaw in that man! He always comes across as the perfect guy: professional, kind, thoughtful, and principled. A family man. The book is well paced and kept my attention for the entirety. I look forward to Dr. Paine’s next adventure.

Thanks to Cypress River Media LLC for an advance copy. This book will be published on October 18, 2022 and would be a great Christmas mystery read or a gift for friends who like mysteries!