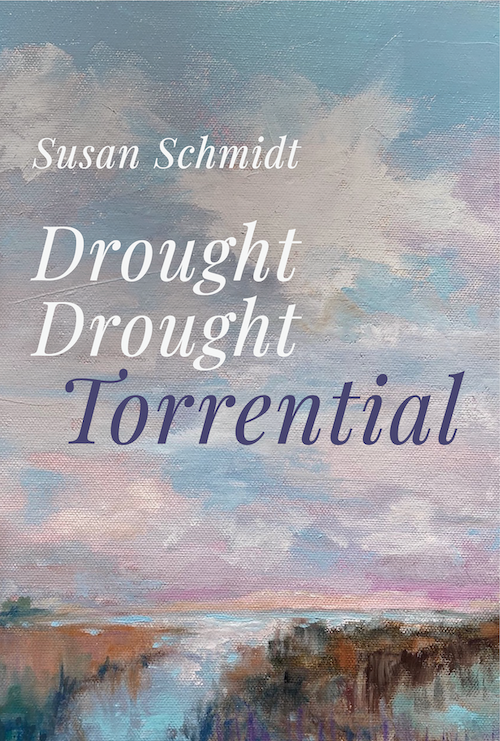 With the same mindfulness as pruning apple trees, as developmental editor, SUSAN SCHMIDT polishes science and history books, novels, and memoirs—listed among Top Ten Editors in New England. She has been a professor of literature and environmental decision-making, government science-policy analyst, and sailboat captain. She has had a Coast Guard Captain’s license forty years. She wrote the grant to buy Carrot Island and Bird Shoal in Beaufort for the Rachel Carson Reserve. She has a doctorate in American literature and Master’s degrees in Environmental Sciences and British lit. She read literature at Oxford and, postdoc, studied botany, bioethics, and environmental mediation.

To witness natural diversity, she walked the Camino de Santiago, Cornwall Coastal Path, Scottish Highlands, Ireland’s Ring of Kerry, Snowdonia in Wales, Guernsey, Brittany, and the Appalachian Trail. She surveyed birds in Kenya, Ecuador, Belize, and Iceland; paddled Alaska’s Prince William Sound and New Zealand’s Milford Sound; delivered sailboats to the West Indies. Her homeplace is the Chesapeake Bay in Virginia, and her homeport is Beaufort, North Carolina, where she walks beaches with her Boykin Spaniel.

Her poems appear in Literary Trails of Eastern North Carolina and won the Guy Owen, Gail O’Day, and Robert Golden poetry prizes; two poems were finalists for the James Applewhite Prize. She wrote Landfall Along the Chesapeake, In the Wake of Captain John Smith, an ecological history and boat adventure; Song of Moving Water, a novel about a young woman who organizes her community to oppose a dam; Salt Runs in My Blood, poems about fish, birds, playing in boats, walking long trails; Let Go or Hold Fast, Beaufort Poems about coastal critters, sea level rise, hurricanes, and tourist trash.

Every poem in Drought Drought Torrential is a reminder that we need to go outside and appreciate a world that is changing rapidly around us. These are poems that confront decimation and losses, by a scientifically-minded writer of deep commitment to the natural world. The story is in the detail for Susan Schmidt who finds beauty and even humor in the hard places. If you haven’t been keeping score, this poet is right there at the shore, counting shorebirds and dolphins. Schmidt has written richly and beautifully of what is here now in this trepid going forward

A weaving of ecological celebration and grief, Drought Drought Torrential demands urgent
attention to the tenuous state of our natural world. Collected wisdom—gathered from
neighbors, gardeners, scientists, teachers, and old friends— rings through every verse.
There is science and poetry here, the difference between which disappears

Drought Drought Torrential brings news of the vanishing world. It recounts losses both
personal and planetary—waterways, bird populations, quietude, a father, a mentor—while
insisting on the poetry of swamp iris, black skimmers, night heron, and watermelon.