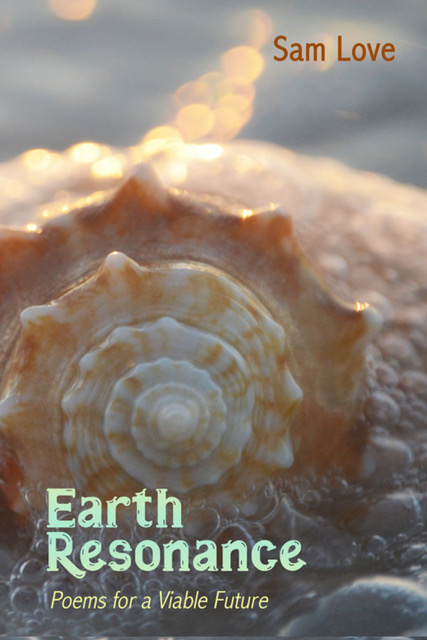 Earth Resonance: Poems for a Viable Future is a collection of environmental poetry written by poet Sam Love. The accessible poems in Earth Resonance do not simply bemoan the state of melting glaciers, stranded polar bears, or sizzling temperatures, but instead give the reader an in-depth autopsy of our culture's footprint on the natural world with introspection and a dash of humor.

Sam Love is a writer living in New Bern. As a media producer, he specialized in helping groups tell their stories in innovative ways. He now spends his time writing poetry, teaching yoga, and restoring a historic house. Previously, his nonfiction articles appeared in major magazines including Smithsonian, Washingtonian, and the Progressive.

His poetry has been published in numerous magazines and websites.

Denis Hayes, President of the Bullitt Foundation and National Coordinator of the first Earth Day in 1970