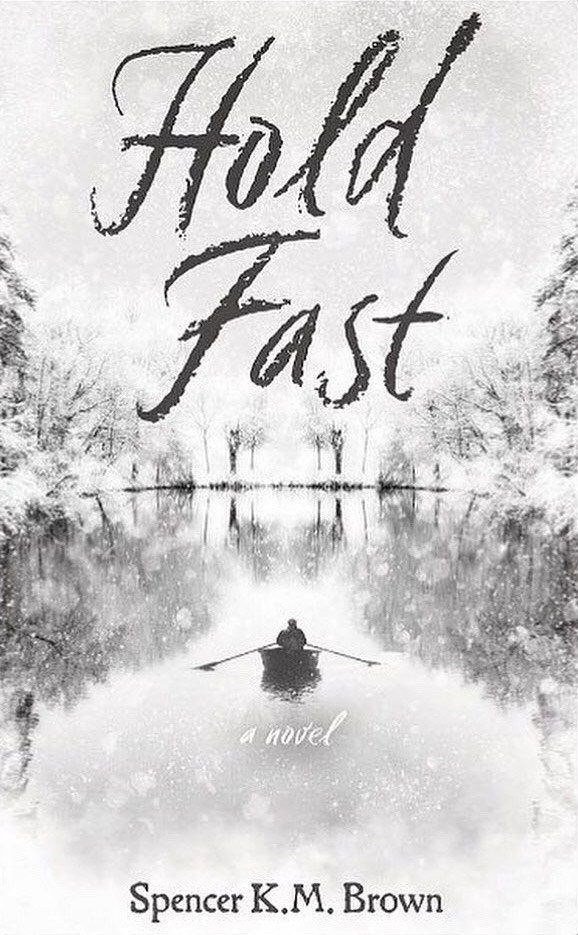 A moving and tender story of a father and son on the Minnesota shores of Lake Superior, Hold Fast is a heroic quest, a tragedy, a love story, and a haunting meditation on the possibility of healing amid life’s chaos.

Jude Algonquin, a former collegiate rowing star, and his father Thom, a plow-truck driver, live a strange “half-life.” Once earmarked for gold medals and signed onto the Olympic rowing team, Jude has returned to Minnesota to recover from a disqualifying accident. “Hiding out” from the world, Jude works as a dishwasher, trying to navigate an alienated life while coming to grips with his lost dreams and burning love for his high school girlfriend, Emily.

Meanwhile, Thom moves through a malaise of sorrow and emptiness after his wife’s terrible death. Possessed by the fear that he is slipping into despair, Thom clings to mundane, technical tasks as a means of controlling the present moment.

But as father and son grow further apart, Thom breaks from controlling calculations to live a childhood dream: rowing 350 miles across the length of Lake Superior .

Thomas Wolfe Fiction Prize finalist, Spencer K. M. Brown is a novelist and poet from North Carolina. Twice nominated for the Pushcart Prize and winner of the Penelope Niven Award and the Flying South Fiction Prize, his writing has appeared in numerous publications. He is the author of the novel Move Over Mountain.

There is a refreshing straightforwardness in the quiet, solid beauty of this book. Something like a pared down James Agee.

Spencer K. M. Brown’s Hold Fast is a triumph of spirit, rendered in soul-stirring prose and framed by the notion of redemption amidst the fiercest of storms. The characters are fully drawn and Brown allows them the space to blossom with a poetic blend of existential longing and grounded realization. Brown writes with a voice that is achingly human but ultimately hopeful. He is an author sure to do great things for American literature.

James Wade, author of Beasts of the Earth

Hold Fast is an intimate and lyrical tale of fathers and sons. Spencer K. M. Brown writes with a bone-deep knowledge of stark landscapes and starker men. You won’t soon forget Jude and Thom Algonquin, or the lengths they go to fulfill both dreams and desires. Hold Fast reminded me to slow down and pay attention.