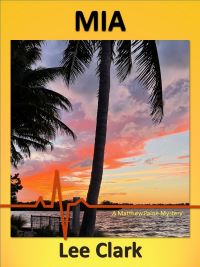 Matthew Paine, a young physician in a family medical practice in Peak, a small town on the outskirts of Raleigh, North Carolina, is always ready to help his friends and family. He gets more than he bargained for when Matthew’s colleague, Dr. Rob, comes to him for help. Dr. Rob’s daughter Ariel, his only child, is missing in Miami. Matthew, Dr. Rob, and Homicide Detective Warren Danbury quickly catch an evening flight to go search for her. Several days feel like several months as they traverse the highways and waterways around Miami, trying to track the last known whereabouts of Katherine Ariel Roberts and her boyfriend Gavin Blevins. Ariel and Gavin were in Miami for a summer work trip with a ministry to help underserved populations with healthcare when they went to pick up a pizza and didn't come back. Initially, the staff at the ministry wasn’t worried because bars in Miami are open all night, but when a day turned into two, everyone became concerned. The makeshift team gets varying levels of help from the Miami Dade Police Department and the staff of an event center, Dock Side, where Ariel and Gavin were last headed. Finding Ariel alive is their top priority as they race against an unseen clock to determine how and why she’s missing.

Lee Clark is a North Carolina native, originally from Raleigh, with family roots in Virginia. After working in the software technology industry in corporate America for over 20 years, creating and building highly technical user information for software developers, Clark used Covid as an excuse to leave that world behind. Deciding it was time to pursue a true passion, finishing a fictional novel begun in 2014, Clark put aside technical writing for fictional and completed what was to become the first of the Matthew Paine Mystery series, Dead Spots, in 2021. The Matthew Paine character is a fictional character, though inspired by two very important men in the author’s life, brother Sean and son Will. Both will see characteristics of themselves in the character and identify with some of Matthew’s struggles. Lee Clark, an admitted coffeeholic, still resides in North Carolina with spouse, two mostly grown children who are in and out, and a small petting zoo of dogs and cats. Clark attended Campbell University, obtained a degree in Journalism from East Carolina University, and then a Master’s in Technical Communication from North Carolina State University.