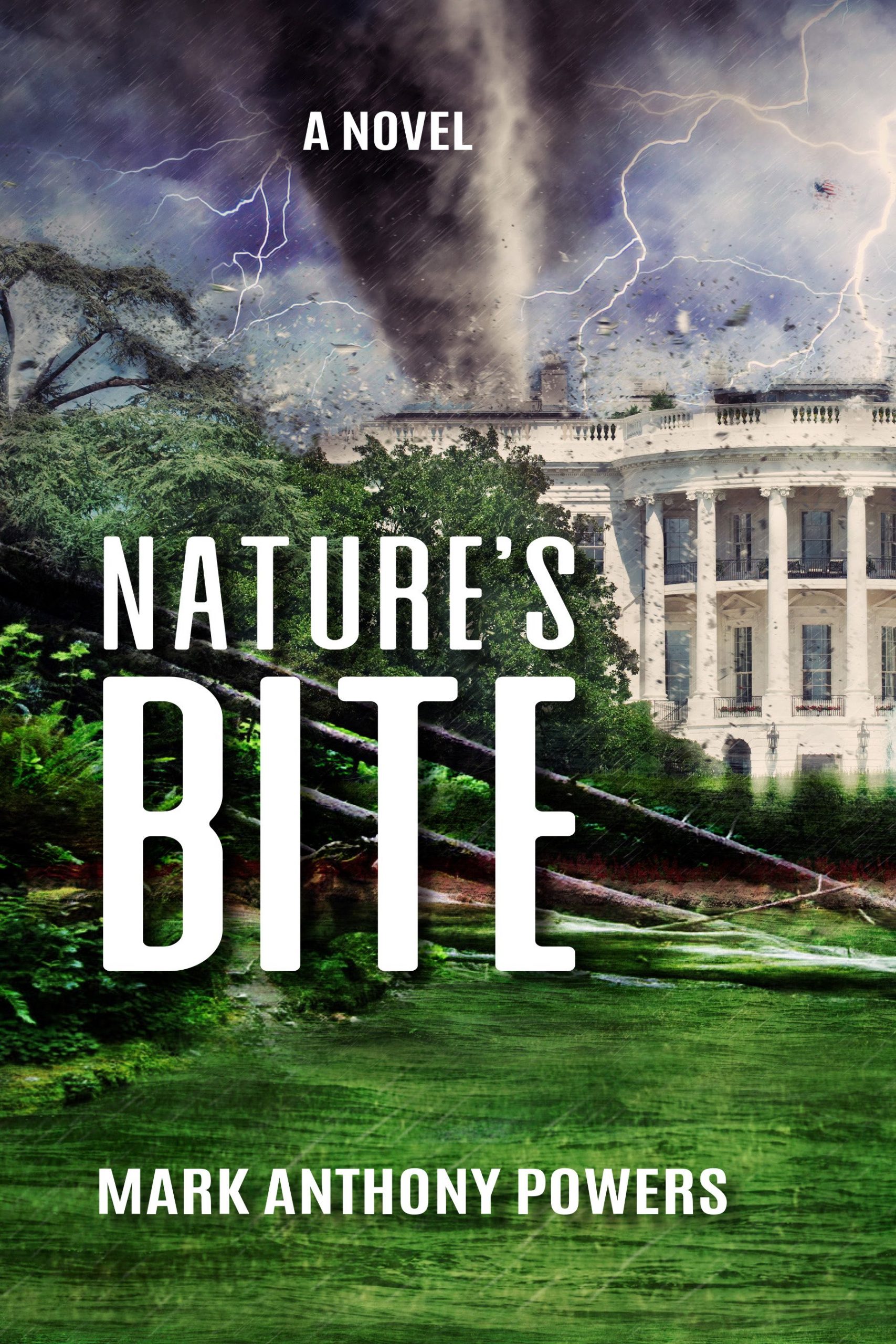 It’s April 2024, and a mysterious visit from FBI agents interrupts a quiet evening at Dr. Phineas Mann’s house. Worsening climate change is leading to more difficult asthma cases, and Phineas is tasked with investigating a novel drug treatment with Dr. Marie Porter for the pharmaceutical giant, SynMedical. Marie has just returned to North Carolina 26 years after her single mother abruptly extracted her from the sixth grade to disappear without explanation into the rural Northwest. Meanwhile, the Republican U.S. President, in the final year of his second term, develops alpha gal syndrome. Lone Star ticks that find their way north as the planet warms cause this life-threatening allergic condition. Then a surprising assignment sends Phineas and Marie, against their wills, into intrigue at the highest levels in a hotter, dirtier, and more polarized country.

Mark Anthony Powers grew up in the small town of West Lebanon, NH. At Cornell University, he branched out into Russian and Creative Writing while majoring in engineering. After receiving his MD from Dartmouth, he went south to the University of North Carolina for an internship and residency in Internal Medicine, followed by a fellowship in Pulmonary Diseases and Critical Care Medicine. After almost forty years in clinical practice and teaching, he retired from Duke University as an Associate Professor Emeritus of Medicine and began his exploration of other parts of his brain. Writing, gardening, IT, and magic courses were just some of the enjoyment that followed. A deep dive into beekeeping led to his presidency of the county beekeeping association and certification as a Master Beekeeper. Two cups of coffee and two hours of writing most mornings produced the medical thrillers A Swarm in May, Breath and Mercy, Nature’s Bite, and his forthcoming book in this series, Culled. To learn more or connect with Mark, please visit www.markanthonypowers.com.

Nature’s Bite, the third of a medical mystery trilogy by Dr. Mark Anthony Powers, weaves the grim realities of climate change, fascinating medical detail, and presidential politics into an intricate plot filled with twists and surprises — as well as delightful wry humor.

Cat Warren, author of the NYT bestseller What the Dog Knows and Professor Emerita of English North Carolina State University

Nature’s Bite begins with a tick bite, on the derriere, of the President of the United States. He’s got Alpha Gal Syndrome, and Dr. Phineas Mann, an almost-retired pulmonologist and beekeeper, can’t suppress a grin. Dr. Mann’s grin disappears in this climate-fiction thriller when men in black pound at his door. What does the FBI want? Is Dr. Mann’s past back to bite him?
During a summer of withering heat, Dr. Mann’s life is upended by storm cell-like events, unpredictable and potentially lethal, like the warming earth itself. The calm against malevolence, Dr. Mann’s family and his passion for bees and beagles will warm the heart of the reader. For fans of Migrations by Charlotte McConaghy and The Water Knife by Paolo Bacigalupi, Nature’s Bite will sting, but leave the reader hopeful and, as if donning a beekeeper’s suit, armed to fight for change.

In the third installment of Mark Anthony Powers’ medical thriller series, Dr. Phineas Mann is back, and this time tangled up in an effort to save democracy—and biodiversity—from the whims of a feckless demagogue. Powers deftly imagines a not-too-distant future in which a tyrant attempts to puppeteer science, risking the fate of our ecosystem. Powers shines a light on alarming planetary and social implications of unchecked power in a page-turner that is both frightening and delightful to read.