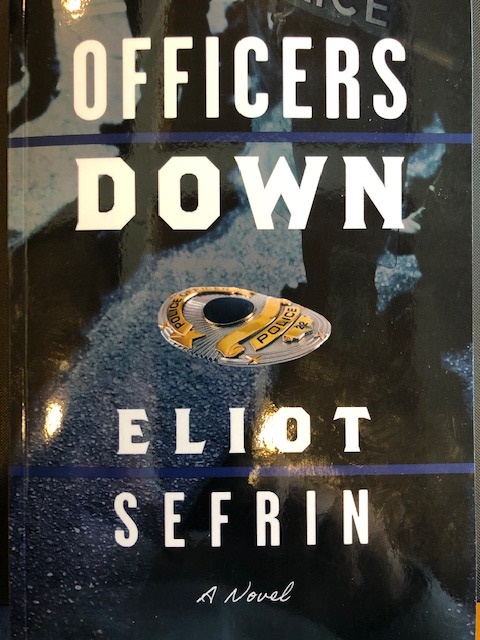 Matt Holland and Rachel Cook, two of the most highly regarded of "New York’s Finest," are involved in a fateful shooting that ravages a city, becomes the focus of a landmark civil rights case, and powerfully reshapes the lives of those most closely touched by the incident. The white officers’ accidental and tragic shooting of an innocent black teen in a poverty-stricken Brooklyn neighborhood triggers a bitter racial confrontation, along with lengthy investigations and political maneuverings that threaten to destroy a community, shatter lives, and overwhelm the truth. As the riveting drama unfolds, both the officers and the family of the slain teen become immersed in intense inner crises, as they struggle to come to terms with the tragedy and its impact on their lives. In the process, they come to experience first-hand the stereotypes, hatred and fears that can divide us as a people—and the actions and emotions that can ultimately bond and help us heal.

Eliot Sefrin has been a journalist and writer for nearly 40 years. A native of Brooklyn, NY and a graduate of The City College of New York, he began his career as a newspaper reporter, covering a wide range of topics, including politics, law, business, education, health, and the environment. He later served as a feature writer and columnist, prior to becoming a newspaper and magazine editor, and subsequently a magazine publisher.

Mr. Sefrin’s wife was one of the first female police officers deployed on street patrol in New York. Her assignment, the 73rd Precinct in the poverty-stricken Brownsville section of Brooklyn, provided the inspiration and serves as the setting for Officers Down.

For anyone interested in a police story that will place you at the edge of your seat and leave you there until the very last page, then Officers Down is the book for you. Highly recommended!