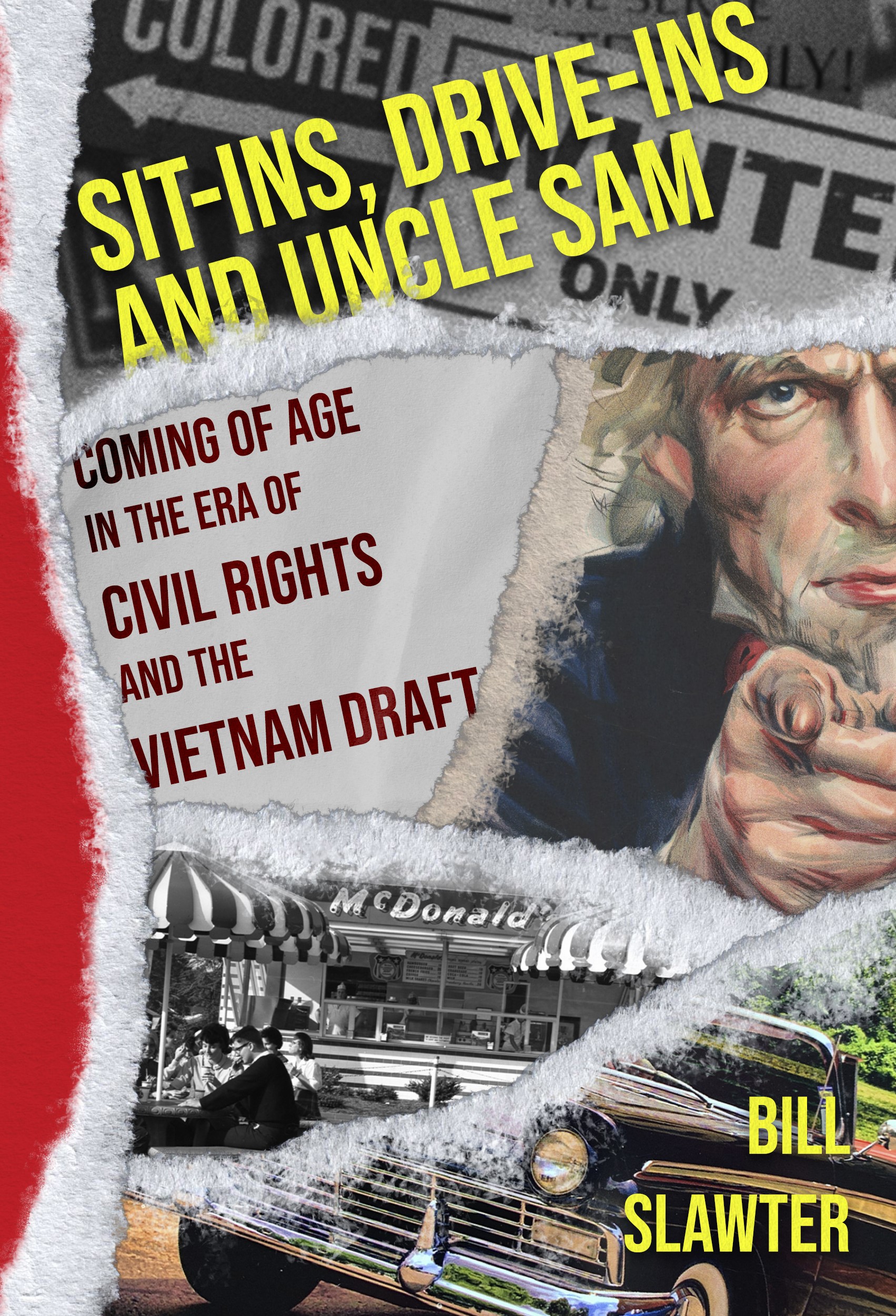 REV UP YOUR ENGINE, TURN UP YOUR AM RADIO, AND TAKE A SPIN INTO THE 1960s. CRUISE DRIVE-IN RESTAURANTS, PARK ON THE LAST ROW OF DRIVE-IN THEATERS, AND ENJOY POP MUSIC ALONG THE WAY. GRAB A FRONT-ROW SEAT TO THE CIVIL RIGHTS MOVEMENT IN GREENSBORO, N.C. AND LEARN SOME INTERESTING TWISTS OF HISTORY. BUT, IF YOU ARE A MALE BETWEEN 18 AND 26, KEEP A WATCHFUL EYE OVER YOUR SHOULDER. YOU JUST MIGHT BE NEXT ON UNCLE SAM’S LIST FOR AN INVITATION TO VIETNAM.

A memoir recalls a tumultuous era—the American South in the 1960s and 70s…A powerful testimony about a time and place by a man who vividly remembers both.

Slawter depicts his North Carolina youth in two competing ways: his nostalgia for his innocent, joyful high school days and his ‘lingering sense’ that he did not do enough to reckon with injustice. His sharp memory for details, enhanced by his generosity in sharing them, expertly transports the reader to 1960s North Carolina.

One could ask nothing more of a time travel journey into the past, making Sit-Ins, Drive-Ins and Uncle Sam a strong recommendation for any reader or library collection looking for an evocative ‘you are there’ journey into America’s volatile 1960s.

Through a combination of anecdote and reflection, this coming-of-age story tells a lot about how attitudes and thinking about race changed during the last years of segregation and the first flush of desegregation in Greensboro, North Carolina. Bill Slawter’s memoir, the work of a decade, makes often charmingly personal and immediate what many have read in headlines and history books. Episodes from R & B concerts and the Vietnam era, barbecue pits and hamburger joints, road trips and beach weekends provide rich background and context while demonstrating how racial etiquette, understandings and relations began to alter.

In the spring of 1963, I was 17 years old. The Crystals and I were on a nationwide tour with Sam Cooke, Jerry Butler, The Drifters, Dionne Warwick, Dee Clark, Solomon Burke, and other recording artists. There were four of us girls in The Crystals at that time. We had recently released ‘Da Doo Ron Ron, ‘ our hit song about a boy named Bill. One of the first stops on the tour was Greensboro, North Carolina. It was a welcome beginning to a long road trip during uncertain times. In Sit-Ins, Drive-Ins and Uncle Sam, the author has vividly captured the experience of that night.