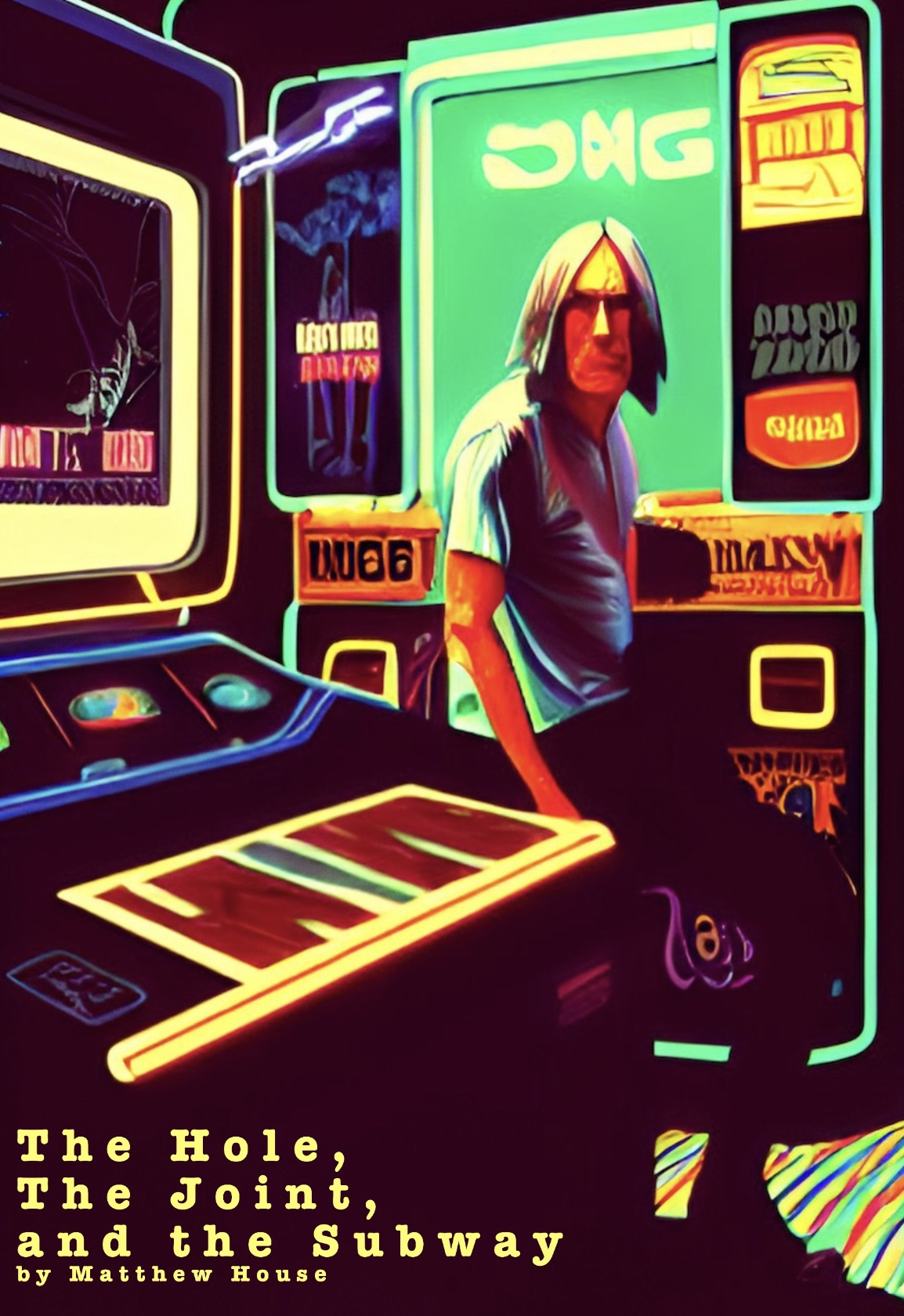 The Hole, The Joint, and The Subway

Danny wasn't supposed to be there ...

The story takes place on a single night. It follows the travails of an adolescent protagonist after his dad fails to pick him up for a court-mandated visitation, and he has to spend the evening in The Subway where his Mom works at a restaurant called The Frog and Nightgown.

Danny finds himself rollicking through night clubs with a mysterious new friend and embroiled in cold war intrigue as his life becomes entangled with a coterie of sinister government agents and 80s-era musicians.

Join Danny as he discovers a hidden CIA op center, a strange new psychedelic arcade game, and a legendary rocker.

Danny spends an evening in The Subway. His life changes forever.

Matthew House retired from a career in public education a few months ago. During his 26 years in that field, he taught fourth and fifth grade, served as a creative writing specialist, and served as a technology facilitator. He also taught Educational Technology as an adjunct professor at North Carolina Central University.

He studied creative writing at the college level under Fred Chappell and others. His short story, "Running Down Rust," was recently awarded an honorable mention in the Writers of the Future contest. He admits to not being entirely sure whether or not the contest is just a Scientology grift, but he thought he’d mention it just the same.

He has been writing as a hobby since since ten years old. A lot of it was pretty bad.

The Hole, the Joint, and the Subway is pretty good. Learn more here.

The Hole, The Joint, and The Subway is ride that flows effortlessly from nostalgic to terrifying to hilarious and back again without ever losing a step. There’s not a single paragraph wasted.

It’s astoundingly vivid. Every moment is textured and tangible, bringing its characters, places, and points in time to life in amazing, colorful detail. in fact, the places and many of the people are real (famous and not).

It layers on generous amounts of subtle homage to the genre greats it borrows from, and ties it all together with some truly original threads and plot twists.

If you are a child of the 80’s who spent any time in a video arcade, you owe it to yourself to take this trip back in time. You’ll enjoy the vivid world that this author paints for you!

This is a great read. The plot is well crafted and you can tell a lot of time was spent on research to make sure the details were accurate. This is an all-around crafty, well thought out novel.

It was a delight to read. And I’ll most certainly reread it a second time just to go back and catch all of the little things I didn’t notice the first go-round.

I could not put this book down! Amazing characters, and concept! Leaves you wanting more and I am pretty sure the author will not disappoint! I was easily able to envision all the details and atmosphere of the storyline because the writing is fantastic in my opinion. I can not wait for more from Matthew House!!