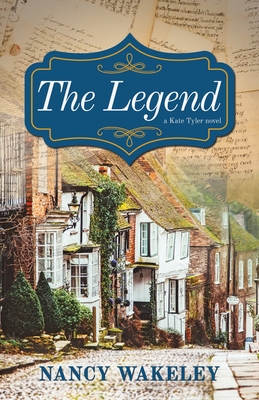 The Legend (A Kate Tyler Novel)

What does it mean to live the life you were meant to live? Kate Tyler is asking herself this question as she travels to the ancient town of Rye, England on business. But unsettling dreams of ships and storms, a stolen book of ancient legends, mistaken identity, and the mysterious Corvos Sisterhood all conspire to draw Kate into finding the truth behind the tragic legend of young Arabella Courbain who died in 1766 and who had vowed to return one day to live the life she was meant to live.

As Kate reads Arabella’s story in the book of ancient legends, she feels a powerful connection to her as if the young woman is reaching out to her from the past, pleading to finally have the truth about her life and death revealed.

Kate’s unexpected journey of discovery takes her from a peculiar man in a bookstore and the quaint shops and ghostly inns in Rye to the Calloway House and Gardens and its mistress, herbalist Virginia Calloway, whose fervent belief that the prophesy in the legend of Arabella Courbain will come true soon leads Kate down a dangerous path that could change her life forever.

In spite of warnings from Rye Detective Sergeant Miles Pixley, Kate seeks out the answers to the mystery in the Calloway House. Will she find the truth before it is too late? And will she discover for herself if she is living the life she was meant to live?

The Legend is a story of four women who lived centuries apart and were searching, in different ways and with different endings, for the true life they were meant to live. It is a journey that will resonate with readers as a universal struggle for all of us.

From a strange meeting with a peculiar man in a bookstore, to quaint shops and ghostly inns and finally to the Calloway House and Gardens and its mistress, herbalist Virginia Calloway. The reclusive Ms. Calloway fervently believes in the legend of Arabella Courbain and this belief leads Kate down a dangerous path. Will the secrets of the legend be revealed in the Calloway House before it is too late? Kate is determined to find the truth behind the Legend of Arabella and discover for herself if she is living the life she was meant to live.

Kate Tyler, travel journalist, travels to Rye, England, for business but is caught up in the mystery of the ancient legend of Arabella Courbain. She must find the truth about the legend before history repeats itself.

Award-winning author Nancy Wakeley grew up in the New York State Finger Lakes region and now resides in Apex with her husband. She completed her degree in health information management from Stephens College, Columbia, Missouri, and spent her career in the health information management and clinical research fields until the writing muse lured her into retirement. She belongs to the North Carolina Writers' Network, NC Scribes Writers Circle and the Military Writers Society of America, and gives back to her community through volunteerism. She embraces all things fashioned out of musical notes and words as the ultimate reflection of life’s exquisite journey.

The Legend is her second novel in the Kate Tyler series after her debut novel, Heirloom. The ancient town of Rye, England, is the setting where Kate has been drawn into the mystery behind the 18th century legend of Arabella Courbain.