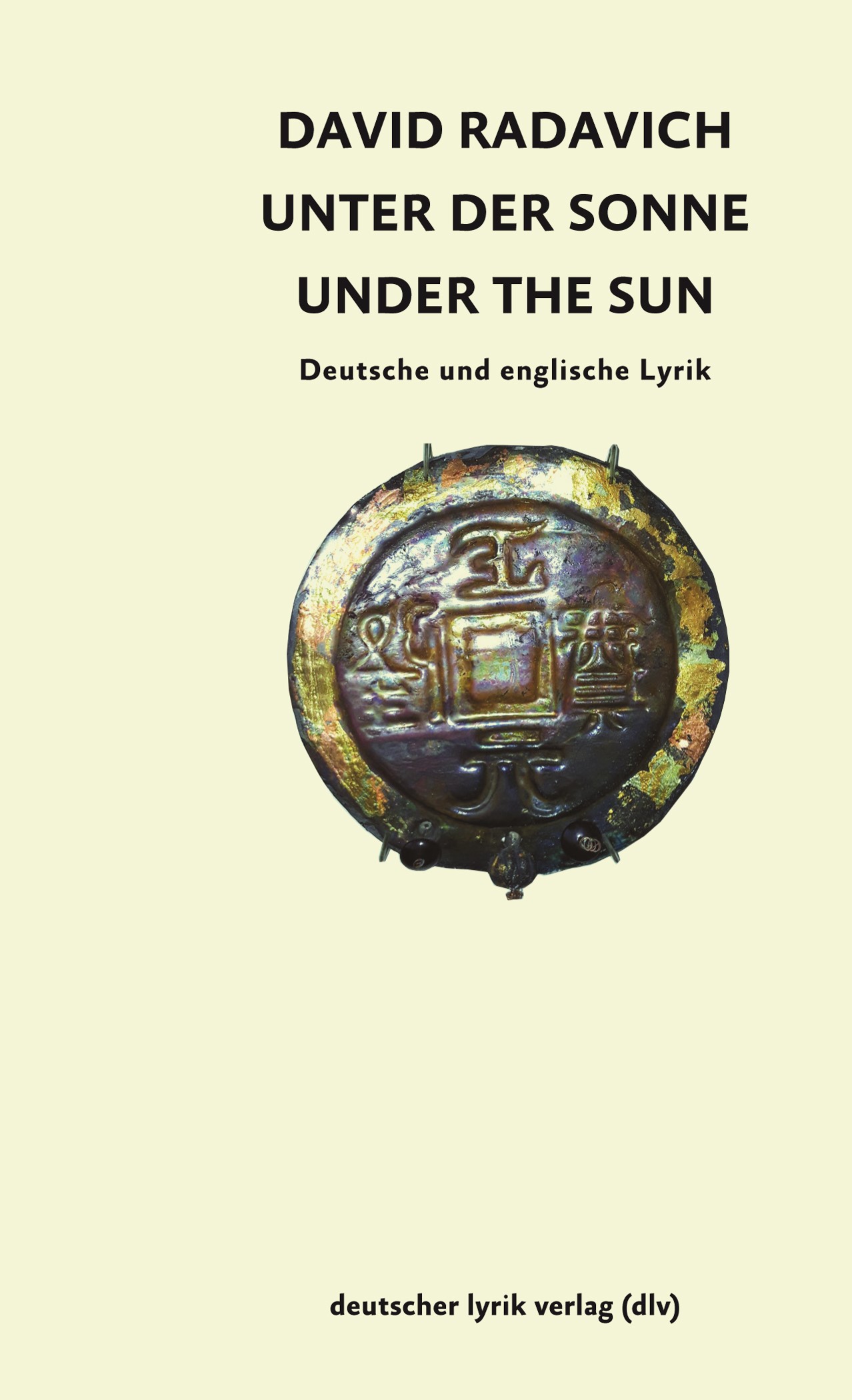 Unter der Sonne / Under the Sun: German and English Poems

This dual-language lyric collection features David Radavich’s German poems with English translations, along with four English poems translated into German by leading scholars and writers. Radavich exhibits a kinship with German writers such as Friedrich Hölderlin, Rainer Maria Rilke, and Hilde Domin, whom he knew personally. This collection represents a departure from his earlier work—into another language, another lyric sensibility, and a dual perspective that opens readers to a literary tradition beyond American shores.

David Radavich’s earliest poetry collection, Slain Species, was published in London in 1980. Following By the Way: Poetry Over the Years (1998) and Greatest Hits (2000), he published a pair of epics, America Bound (2007) and America Abroad (2019), as well as Canonicals: Love’s Hours (2009), Middle-East Mezze (2011), and The Countries We Live In (2014). Radavich also has written essays and over 25 plays performed across the U.S., including six Off-Off-Broadway, and in Europe.