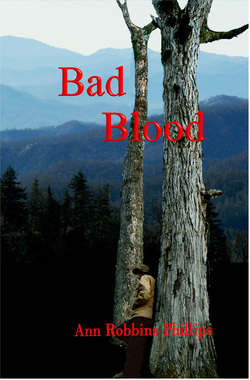 Book Two in the Revenge Series!

Nathe and Addie Watson are warned by Amps, a ghost from Nathe’s past, that the Hooper-Watson Feud might still be fermenting. Nathe thinks it’s due to Bad Blood. Bad Blood—the fact that a person is bad because of his or her blood line. Is that possible? The struggle involves Glee Hooper, his wife’s nephew, which hides activity in the mountains that’s illegal.

Their daughter, Lottie, has become an object of a bet that is meant to revenge the Watson family. Can Lottie survive her marriage? Is there anyone that can intervene and save her?

The Hooper and Watson families struggle with mistrust and betrayal. Can you settle debts involving blood, or do one of the two families need to escape from the mountains to stop the fighting?

Ann Phillips is mother to five children and grandmother to fifteen. Writing has always been a part of her life, whether she was making brochures for church or her varied businesses, or just making elaborate "lists" to organize her life. Her interest in genealogy inspired this series. Revenge and Bad Blood are partially based on a story of distant family members in Jackson County, North Carolina, where a "feud" took place between the Hoopers and the Watsons. She is kin to both sides. Her mother is a Hooper. Her grandfather married a Watson. When the feud occurred, a nine-year-old boy witnessed those atrocities. His true name was believed to be Leander Watson. Her website is http://annrobbinsphillips.weebly.com.