Hats Off to Sam Love! 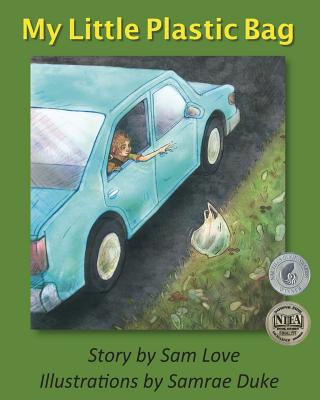 Hats Off! to Sam Love whose children’s book My Little Plastic Bag (with illustrator Samrae Duke) won a Silver Medal for Children’s Picture Books in the International Nautilus Book Awards. The Nautilus Book Awards are an annual accolade of books in the genre of social and environmental justice. Established in 1998, they are considered "major" book awards and have been conferred on prominent authors including The Dalai Lama, Deepak Chopra, Barbara Kingsolver, Thich Nhat Hanh, Amy Goodman, the Prince of Wales, and Desmund Tutu. Most Nautilus Awards are granted to books from major commercial presses or occasionally, independent presses. My Little Plastic Bag is independently published by Sam. The Nautilus Book Award recipients are selected through a three-tier process presided over by an assembly of editors, professors, writers, librarians, publishers, schoolteachers and bookstore owners. "The issue of plastic in our water is a critical issue," Sam says. "I’m glad we can help educate children about this."

Hats Off! to Vice President of the NCWN Board of Trustees Paul Jones whose poem "Cardinal" appears in Cider Press Review. His poem “Ireland Seen from a Porch Swing in Hickory, NC” appears in Prime Number Magazine; his mystery poem “Spiders in the Bathtub” came out in The Lake (UK); “Encircling” is out in Bare Back Magazine; and his poem “On an Okra Flower,” illustrated by Preston Montague, appears in Walter magazine—forthcoming in O. Henry and Pine Straw magazines. ("On an Okra Flower" first appeared in Red Fez.) Finally, his ode to Krispy Kreme donuts, "Hot Now!", is out fresh from Wine Cellar Press.