ASHEVILLE—The North Carolina Writers’ Network calls this “The Writingest State”—all of it, Manteo to Murphy, Calabash to Crumpler. We find and welcome writers from all parts of North Carolina, with no city or region holding a monopoly on literary talent or output.

But we have to admit: Good writers sure are thick on the rocky ground of the mountains, to which the Network’s Fall Conference returns this year.

The NCWN 2019 Fall Conference runs November 8-10 at the DoubleTree by Hilton Asheville-Biltmore.

Asheville and the surrounding mountains offer a true bounty for the literary arts. Authors who led master classes in 2015, the last time the Network held its Fall Conference in Asheville, will be leading single sessions this year, not replaced but graciously making room for other talented instructors. Even with agents and editors, award-winning authors, and a former NC Poet Laureate on faculty, the Fall Conference line-up represents only a sampling of Asheville’s abundant literary culture.

Rash is the author of the 2009 PEN/Faulkner finalist and New York Times bestseller Serena and Above the Waterfall, in addition to four prizewinning novels: The Cove, One Foot In Eden, Saints at the River, and The World Made Straight; five collections of poems; and six collections of stories, among them Burning Bright, which won the 2010 Frank O'Connor International Short Story Award, and Chemistry and Other Stories, which was a finalist for the 2007 PEN/Faulkner Award. Twice the recipient of the O. Henry Prize, he teaches at Western Carolina University.

On Saturday morning, the North Carolina Humanities Council will present the winner of the Linda Flowers Literary Award during the “All Stories Connect” breakfast panel.

In an embarrassment of riches, Saturday’s Luncheon will feature former North Carolina Poet Laureate Joseph Bathanti and a special reading from Brothers Like These. Brothers Like These is comprised of stories and poems written by Vietnam combat veterans in Classroom B, an out-of-the-way room in the basement of the Charles George VA Medical Center in Asheville. Under Bathanti’s guidance, they gathered to write every Wednesday for almost two years. These are stories and poems, large and small, funny and heartbreaking, that only these men can relate in their own inimitable styles—stories and poems not just invaluable to succeeding generations of soldiers, but to every citizen of our country, and beyond.

Sunday morning will once again offer the popular “Agents & Editors” panel. The weekend also features beloved programming such as faculty readings, open mics, and an exhibit hall packed with vendors, including the official conference booksellers, Malaprop’s.

Master Classes will be led by Abigail DeWitt, Jeremy B. Jones, and the poets Nickole Brown and Jessica Jacobs.

Abigail DeWitt, who will lead “Body & Soul—Studies in Character Development: Fiction,” is the author of three novels including News of Our Loved Ones, chosen as an Editor’s Choice by BookBrowse and the Historical Novel Society.

Other fiction sessions include “Pre-Writing Is a Matter of Pre-Trusting” with Kevin McIlvoy; “Thievery, Loss, & Scars: A Fiction Workshop” with Heather Newton; and “If You’re Afraid to Write About It, Write About It” with NCWN trustee Tommy Hays.

Jeremy B. Jones will lead the Master Class in Creative Nonfiction, “Exploding Your Drafts.” Jones is a professor at Western Carolina University and the author of Bearwallow: A Personal History of a Mountain Homeland, which was awarded gold in memoir in the 2015 Independent Publisher Book of the Year awards and named the 2014 Appalachian Book of the Year in nonfiction.

In addition, creative nonfiction writers may take “Power Up the Truth You Tell” with Christine Hale and “The Limits of Perception: Invention & Speculation in CNF” with Tessa Fontaine.

The Master Class in Poetry, “Coming Back to Your Senses,” will be led by Nickole Brown and Jessica Jacobs.

Brown teaches at the Sewanee School of Letters MFA Program and is the author of two poetry collections and the chapbook To Those Who Were Our First Gods, winner of the 2018 Rattle Chapbook Prize. Jacobs is the author of Take Me with You, Wherever You’re Going (Four Way Books) and Pelvis with Distance (White Pine Press), winner of the New Mexico Book Award in Poetry and a finalist for the Lambda Literary and Julie Suk Awards.

Poets may also register for sessions including “Write with the Wolfe—a Poetry/Prose Poetry Rebellion” with Laura Hope-Gill; “Capturing the Persona Poem” with Keith Flynn; "Ekphrasis: Growing Art from Art" (poetry) with Eric Tran; “It Looks Like a Hairball” with Catherine Carter; and “Freedom & the Imagination” with Mildred Barya.

For those who write across genres, or betwixt genres—or for those just looking for more generalized writing sessions—Dale Neal will lead “Why Not Ask?” and Meta Commerse will lead “Story Medicine 2.0.” Also, Alli Marshall, Kevin Evans, Lockie Hunter, and Steve Shell will sit on the panel, “Writing Out Loud.”

If you feel you’ve got a manuscript ready to take to market, or you’ve already published and want to know how to maximize sales, plenty of sessions will focus on the business of books. Gold Leaf Literary Services will walk registrants through “The Elements of the Industry”; Meg Reid, the director of Hub City Press, will let authors know “What Writers Should Know about Book Design”; Catherine Campbell will teach how to “Write Your Best Agent Query Letter”; Luke Hankins, founder and editor at Orison Books, will lead “The Ins and Out of Small Press Publishing”; and Anne Fitten Glenn will offer “Creative Ways to Promote Your Book (and Yourself).”

Writers for stage and screen can sign up for “Screenplay: Fake vs. Fiction” with Maryedith Burrell and “Improv’s Increasing Role in Comedy Writing” with Tom Chalmers.

Screenwriters may also apply for the Elliot Bowles Screenwriters Scholarship, which the Network will again offer in 2019. This scholarship will allow up to four screenwriters to attend the NCWN 2019 Fall Conference, provide two-nights’ lodging at the conference, and give each recipient a complimentary one-year membership with the Network. Any North Carolina resident who has written an unproduced/unoptioned screenplay may apply for the Elliott Bowles Screenwriting Scholarship.

The Network also will offer again the Mary Belle Campbell Scholarships to poets who teach, which will cover conference registration for up to three poets who teach full-time.

NCWN-West Hosts "A Day for Writers" 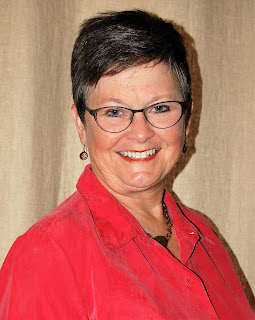 SYLVA—NCWN-West and the Jackson County Regional Public Library will host A Day for Writers in Sylva on Saturday, August 24.

In 2017, this one-day conference brought together nearly sixty writers. It has always been the goal of this program to bring the "best to the west" with reasonable fees so all writers in the mountains can benefit from membership, even when they can’t travel long distances or stay in hotels overnight. This year's conference fees include coffee, pastries, soft drinks, water, and lunch.

C. Hope Clark, author of two mystery series and founder of Funds for Writers, will be the keynote speaker. Clark’s Funds for Writers Newsletter has 35,000 readers, many who give her credit for their success. She will present two sessions at the conference, one on marketing and one on writing fiction, which authors will not want to miss.

Poets will enjoy the sessions with Joseph Bathanti, former poet laureate of North Carolina, 2012–2014. He is Writer-in-Residence of Appalachian State University’s Watauga Residential College, in Boone. Bathanti is recipient of the 2016 North Carolina Award in Literature. He is the author of ten books of poetry. His most recent volume is The 13th Sunday after Pentecost (LSU Press, 2016). He will answer qestions at the Author Panel on Marketing and Publishing.

Karen Paul Holmes, poet and teacher, will discuss "Metaphors, Images and Similes," plus she will sit on a panel of authors to share her experience of publishing and marketing. Holmes has two full-length poetry collections, No Such Thing as Distance (Terrapin, 2018) and Untying the Knot (Aldrich, 2014). She was chosen a Best Emerging Poet by Stay Thirsty Media and appeared in their 2019 collection of twenty-two poets, including Billy Collins and Robert Pinsky.

Patricia Vestal and Katie Winkler will teach how to write a ten-minute play. Both of these writers have had their plays produced. NCWN trustee Katie Winkler has taught English composition and British literature as an adjunct and full-time professor for over twenty-three years at Blue Ridge Community College. During that time, she has been active with the college's drama department as a writer, actor, and director.

Vestal has taught play-writing at the college level and in workshops she developed as Literary Manager of an Orlando theater group. Vestal, a member of the Dramatists Guild and the NC Writers' Network, for which she is former co-Henderson County representative, holds an MA in Drama from NYU's Tisch School of the Arts. Her plays were produced off-off Broadway and on NYC TV.

Carol Crawford, who owns www.carolcrawfordediting.com and is a well-published nonfiction writer, as well as poet, will explain to writers what to do before they submit a manuscript. Crawford teaches annually at the John C. Campbell Folk School as well as at conferences. She has been teaching creative writing for two decades. She is the author of The Habit of Mercy, Poems about Daughters and Mothers, and has been published in the Southern Humanities Review, Appalachian Heritage, the Concho River Review, the Chattahoochee Review, and the Journal of Kentucky Studies, among others. Crawford has been program coordinator for the annual Blue Ridge Writers’ Conference since its inception in 1996.

Acclaimed author David Joy will present "Writing Centered in Place/Landscape as Character." His books have been highly praised as a voice of Appalachia. He hails from Jackson County, and his characters could live down the road from him, but, in fact, they are fictional. Joy is the author of the Edgar-nominated novel Where All Light Tends to Go (Putnam, 2015), as well as the novels The Weight Of This World (Putnam, 2017) and The Line That Held Us (Putnam, 2018). He is also the author of the memoir Growing Gills: A Fly Fisherman's Journey (Bright Mountain Books, 2011), which was a finalist for the Reed Environmental Writing Award and the Ragan Old North State Award. He is known for writing flawed characters, showing the bad and the good in them. Authors can learn a great deal from David Joy.

In Sunflowers Beneath the Snow, the new novel by Teri M. Brown @TeriMBrown1, a mother and daughter in Soviet Ukrain… https://t.co/jcz5frcjqO
Jan 21 • reply • retweet • favorite

This weather is perfect for staying inside and polishing our manuscripts. Eventually, we'll want to submit them. Ge… https://t.co/A2lES3QIP8
Jan 21 • reply • retweet • favorite