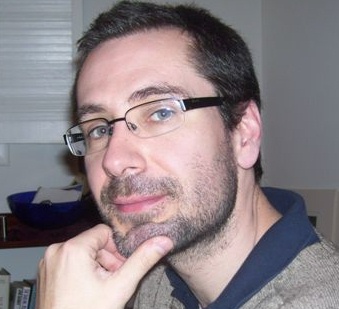 Few statements about writing unnerve me as much as this from John Keats: â€œIf Poetry comes not as naturally as the leaves to a tree it had better not come at all.â€ Now, just what is it that the poet means by this?

Certainly not that poems should be easy to write: no one worked as assiduously as Keats. His poem â€œEndymion,â€ an apprentice work whose ambition outstrips its quality except in a few exalted passages, shows us the deliberate efforts of a young writer determined to learn the craft, pacing, and rhetoric of a long poem. He worked tirelessly on a fixed schedule to produce the 4,000 or so lines of his first major (though unsuccessful and unfinished) effort. There is hardly anything â€œnaturalâ€ about it.

Nor, I think, does he mean that a poem should be a â€œspontaneousâ€ utterance unshaped by the considerations and demands of technique, a Wordsworthian will-o-the-wisp dashed off somewhere among the daffodils; few poets, after all, were as fastidious as Keats in matters of stanzaic architecture, alliterative patterning, or formal structure. His invention of the expressive ten-line stanza form for the Nightingale and Grecian Urn odesâ€”a conflation of the Elizabethan and Petrarchan sonnet form that manages to sidestep the couplet common to bothâ€”demonstrates a poet absorbed, even preoccupied, with technical precision. His avoidance of the couplet in the ode stanza was in fact a disgusted and frustrated reaction to the form that had given him such a headache in â€œEndymion.â€ The product of deep reading, consideration, and hard work, this innovative stanza is anything but the dashed-off, extemporaneous creation of a â€œnaturalâ€ moment.

I think what Keats meant in his 1818 letter to John Taylor is that a good poem must seem to have demanded to be written, and that the reader must feel this urgency in every word and rhythm of the piece. In other wordsâ€”words written by another great poet, W. B. Yeatsâ€”â€œour words must seem to be inevitable.â€ A cloud, a sunset, a dooryard, a childhood memory: these may be fine occasions for poetry, but if the occasion doesnâ€™t seem to have impressed itself upon the poet with all the immediacy and forcefulness of revelation, then the words will likely strike the readerâ€™s eye as, well . . . Forced. Arbitrary. Perfunctory. Contrived. And, judged by Keatsâ€™ rigorous standard, Inessential.

Of course, I want to write essential poemsâ€”poems that meet Keatsâ€™ nearly impossible expectation. We all do. But how? Well, as Keats demonstrated by force of his own example, in order to write inspired, naturally conceived poems, poets must write a great deal of uninspired verse. The effortless, seemingly dashed-off eloquence of his sonnets was only made possible by the exertion and discipline of â€œEndymion.â€ The memorable odes would never have been possible without the hard work of his marvelous fragment, â€œHyperion.â€ Simply put, hard work prepares the mind for inspiration. When asked how it was that he had so many good ideas, the Danish physicist Niels Bohr simply replied, â€œbecause I have a lot of ideas.â€ The bad ideas provide the groundwork and foundation for the good ones.

Hence my obsessive fascination with technique. Before Keats could write inspired poems, he had first to make himself worthy of the language through practice and labor. He read a great deal. He wrote and rewrote. Though he was dead by age twenty six, he left behind several of the finest odes in the English language. The best of them demonstrate technical refinement, to be sure, as well as a sense of emotional urgencyâ€”of immediacy evenâ€”that no amount of technique can accomplish by itself.

Great artists practice until it comes naturally. As legendary jazz saxophonist Charlie â€œBirdâ€ Parker once said, we have to â€œMaster the music, and then forget all that bullshit and just play.â€ The dazzling riff played onstage gets worked out first in the woodshed; after all, one cannot forget what one has not learned. And we all have a lot more learning to do, I suspect, before we can hope to play as well, or as naturally, as John Keats.

Poet Morri Creech will lead the poetry workshop at the 2012 Squire Summer Writing Residency.Â He is the Writer in Residence at Queens University of Charlotte, where he teaches courses in both the Undergraduate Creative Writing Program and in the Low-Residency M.F.A.Â  He is the author of two collections of poetry, Paper Cathedrals (Kent State University Press, 2001) and Field Knowledge, which received the Anthony Hecht Poetry prize and was nominated for both the Los Angeles Times Book Award and the Poetâ€™s Prize. His third book, The Sleep of Reason, is forthcoming in 2013 from Waywiser Press. He is a recipient of NEA and Ruth Lilly Fellowships, as well as grants from the North Carolina and Louisiana Arts Councils. He lives in Charlotte with his wife and two children.