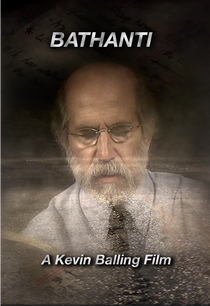 Some of you may have already had the chance to see the documentary Bathanti, in which Pittsburgh native and Poet Laureate of North Carolina Joseph Bathanti travels with filmmaker Kevin Balling to the places that inform Bathanti’s poetry, novels, short stories, and essays.

Bathanti, of course, is the current North Carolina Poet Laureate and a professor of Creative Writing at Appalachian State University. His most recent poetry collection is Concertina.

“It seemed inevitable that poet, educator, and author Joseph Bathanti would one day ascend to the exclusive rank of North Carolina Poet Laureate,” said David Potorti, Literature and Theatre Director, North Carolina Arts Council. “Kevin Balling’s documentary shows us why he so richly deserves the role.”

To complete the documentary, the duo hit the road to visit Bathantiâ€™s hometown in Pennsylvania to shoot footage of locales he drew from when writing novels, poetry, and other types of prose. Throughout the film, images of fixtures in Bathantiâ€™s work are shown, as the writer recites some of his work.

“I hope people will take away that this was a collaboration,” Balling said. “His words provided for me, as a filmmaker, with good visuals, picture/sound relationship, and my soundtrack worked well with his words.”

Released in 2013, the film has been shown at various locations and was an Official Selection for the 2013 Real to Reel International Film Festival.

If you haven’t seen it yet, Bathanti will be shown at the Gaston County Public Library, in Gastonia, on Saturday, October 4, at 2:00 pm. You can also purchase the film on DVD or Blu-Ray, here.

To watch a clip of the documentary, click here.