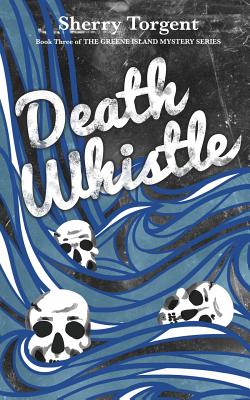 How many first-time authors are somewhat horrified to get their manuscripts back from their editors, only to find their workâ€”which they were sure was perfect when they sent it outâ€”is now awash in the red ink of editorial and proofreading marks?

Red ink’s actually good, of course, because it means there’s collaboration happening, that an author is being supoorted in achieving his or her writing goals.

Blue Ink, then, implies finality, even, perfection. It is also the color one uses to sign a document to prove the document is an original, so that the blue contrasts with the black ink of the other text.

Blue Ink Press, based in Raleigh, originally began as a publisher of MG and YA books, but now their catalog represents authors in all genresâ€”and they’re looking to expand.

Recent titles incldue Joy Forrest’s Called to Peace: A Surivor’s Guide to Finding Peace and Healing after Domestic Abuse;Â Death Whistle by Sherry Torgent (book three of the Greene Island Mystery Series); and Tyrants and Traitors (Book One of the Lion’s Dynasty) by Joshua McHenry Miller, which won Silver in the 2017 Benjamin Franklin Awards (Teen Fiction).

They only accept a small number of titles each year, but are currently closed for submissions. For submission guidelines, and to be the first to know when they re-open submissions,Â click here.

Blue Ink Press considers their authors part of one large family, which means manuscripts aren’t getting buried at the top of the pile and books aren’t being left behind in favor of the newest, flashy title. Small presses like Blue Ink rely on a long “tail,” which means they want a book to keep selling long after the pub date.

They also give their authors the “most generous royalty package we can offer.” Sounds pretty good!