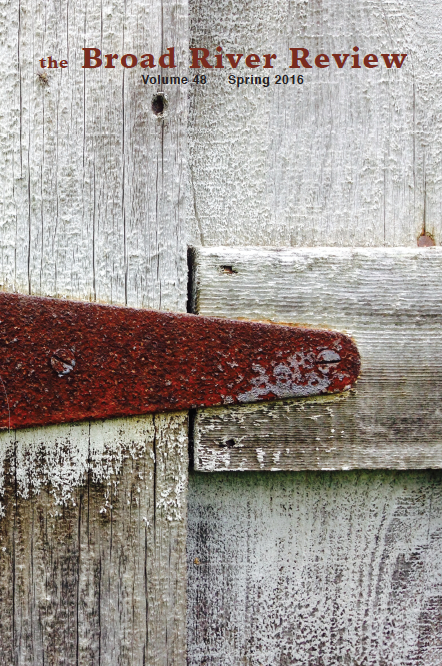 In 1968, America was in the rocky middle: of Vietnam, of the Cold War, of shootouts between Black Panthers and police, and student protests on campuses all across the country. From this chaos was born a literary magazine, the Broad River Review, the official rag of Gardner-Webb University in Boiling Springs, a town that is situated geographically in the middle of the Carolinas.

For nearly fifty years, the Broad River Review has published the best writing from undergraduates and faculty, and more recently, writers from across the state and around the nation. A quick glance at the contributors to Volume 48 (2016) turns up many names that would be familiar to fans of North Carolina writing: Heather Bell Adams, Gregg Cusick, Janet Joyner, Alice Osborn, Jo Barbara Taylor, Lisa Zerkle, and many more.

Broad River Review takes submissions from mid-August to mid-November in fiction, poetry, and creative nonfiction. Poetry submissions are restricted to five poems, with no more ten pages total per submission. Fiction and nonfiction submissions must be no more than 5,000 words. Of course, they do not take previously published work.

During this window, they accept general submissions as well as entries to their annual Rash Awards in fiction and poetry. These awards are named for Gardner-Webb University graduate and New York Times bestselling author Ron Rash. For a list of 2016 winners, click here.