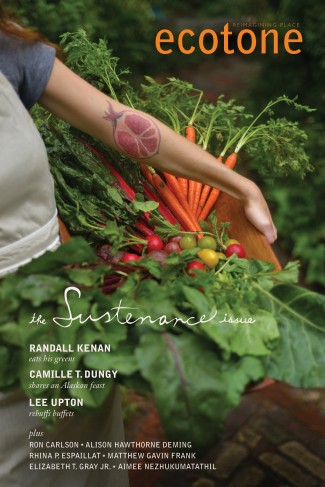 A hearty congratulations to North Carolina’s Ecotone magazine: Ron Carlson’s short story “Happiness,” which appeared in Issue 18, has won a 2016 O. Henry Prize. In September, this story, along with the other nineteen winners, will appear in an anthology from Random House, edited by Laura Furman.

Since 1919, the O. Henry Prizes have awarded the best short stories each year, culled from hundreds of literary magazines. This year’s winners include heavyweight publications such as One Story, The Paris Review, and The New Yorker. Winning authors include Wendell Berry, Lydia Fitzpatrick, and Carlson, the award-winning author of four story collections and four novels, most recently Five Skies. His fiction has appeared in Harperâ€™s, The New Yorker, Playboy, and GQ.

To read six of the winning stories free, click here.

Ecotone was founded at the University of North Carolina Wilmington in 2005, and has grown into an award-winning magazine featuring writing and art that reimagine place, which their authors interpret expansively. Among Ecotoneâ€™s contributors are winners of the Pulitzer Prize and the National Book Award, as well as MacArthur, Guggenheim, and NEA fellows. But they’re equally excited to honor new voices.

Ecotone is produced by faculty and students in the MFA program at UNC-Wilmington. Along with their sister imprint, Lookout Books, they champion innovative and underrepresented work and offer UNC-Wilmington students the opportunity to learn the art and craft of publishing. Ecotone also facilitates the annual Rose Post Creative Nonfiction Competition for the North Carolina Writers’ Network.