Registration for the North Carolina Writers’ Network 2021 Fall Conference ends on November 12–there will not be on-site registration this year. To help make it easier for some folks, we’ve extended the deadline to reserve a room at the conference hotel to November 5, which is Friday. We hope to see you!

We’ve been introducing conference exhibitors over the past week or so. Here is our final installment, last but certainly not least, in reverse alphabetical order. (If you missed Parts One, Two, or Three, follow the links!). 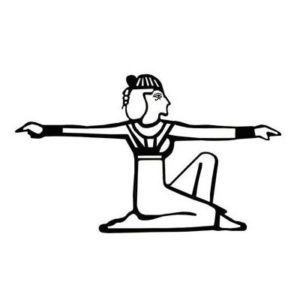 THE GREENSBORO REVIEW
www.greensbororeview.org
Facebook | Twitter | Instagram
The Greensboro Review, a literary magazine published by The MFA in Creative Writing Program at the University of North Carolina at Greensboro, has been willfully and defiantly “old school” since its founding in 1966. Back then, it appeared more or less exactly as it does today, offering readers a simple cover, no distracting graphics, and a complete and total focus on the quality of the text. Recent authors include Jim Whiteside, as well as Casey Guering, whose short story “What Consumes You,” won the Robert Watson Literary Prize in Fiction. Past contributors include Dan Albergotti, NC Literary Hall of Fame inductee and former NC Poet Laureate Fred Chapell, Philip Gerard–recipient of the 2019 NC Award for Literature, the state’s highest civilian honor–and Emilia Phillips. The Greensboro Review facilitates the annual Randall Jarrell Poetry Competition (open January 15, 2022).

THE CAROLINA QUARTERLY
www.thecarolinaquarterly.com
Facebook | Twitter
The Carolina Quarterly has been publishing poetry, fiction, essays, reviews, and artwork four times a year since 1965. Recent issues have featured the works of Lauri Anderson, Megan Mayhew Bergman, Aaron Gwyn, Matthew Volmer, and more. Pieces published in The Carolina Quarterly have appeared in New Stories from the South, Best of the South, Poetry Daily, O. Henry Prize Stories, The Pushcart Prizes, and Best American Short Stories. Today, The Carolina Quarterly publishes two print issues each year and two online issues, along with offering exclusive online-only content. This magazine is a proudly student-run journal, with a robust staff of both graduate and undergraduate editors, interns, and assistants, housed in the Department of English and Comparative Literature at University of North Carolina at Chapel Hill. The Carolina Quarterly facilitates the annual Jacobs/Jones African-American Literary Prize (open through January 2, 2022).

BACKBONE PRESS
www.backbonepress.org
Facebook | Twitter | Instagram
Backbone Press has been publishing diversely since 2012. They debut and support writers who are considered marginalized voices and whose work may not be published elsewhere. They publish chapbooks and collections of haiku, including Corner Shrine by Chloe Martinez; The Riddle of Longing by Faisal Mohyuddin; and Sea Island Blues by Tyree Daye (who’s leading the Master Class in Poetry at the NCWN 2021 Fall Conference). They sponsor the annual Backbone Press Chapbook Competition and the annual Lucille Clifton Poetry Prize. A small press with a big vision, Backbone Press offers itself as a venue for ethnic poets, including African America, Latina/o, Asian, and more. They love publishing poetry that is “political, invocative, social, gritty, [and] personal and poignant.”

We now bring you this breaking news: alphabetically last but never least, Unicorn Press has joined our exhibit hall!

UNICORN PRESS
www.unicorn-press.org
Facebook
Unicorn Press was founded in 1966 in Santa Barbara, CA, and in 1973 it moved to Greensboro. Unicorn Press seeks to publish excellent works of poetry that are unlikely to find a home elsewhere. Recent titles include Valley of Want by Ross White; Nowhere Buelah by Nicole Stockburger; and The Tyranny of Questions by Michael Gaspeny. Believing that readers should spend at least as much time reading a poem as the poet did writing it, Unicorn has produced poetry in every form: post cards to books: poems as individuals. Today, the press focuses on handbound chapbooks and smaller cohesive sheaves of poetry.