From our friends at Dead Rabbits Press and Southern Fried Karma: 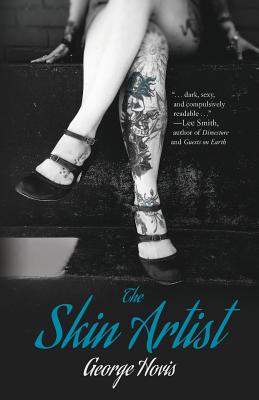 This August, two indie pressesâ€”Dead Rabbits Books and Southern Fried Karma Pressâ€”will embark on the “Fugitives & Rabbits: A Collaborative Literary Tour” across North Carolina in an effort to bring writers, readers, and publishers together to expand and uplift the literary community.

Dead Rabbits Books is a small press based out of New York and Seattle with the mission to publish books that matter in ways that matter. The aim is to make their publishing process as transparent and writer-centric as possibleâ€”with a heavy emphasis on the literary community. Having started as a reading series in 2014, Dead Rabbits launched a press in autumn of 2018. Their first title will be out in September 2019.

Based out of Atlanta, SFK Press cultivates diverse voicesâ€”literary expressions from Brooklynâ€™s Williamsburg to Chicagoâ€™s Wicker Park. The artistâ€™s path to reach a wider audience is no longer under the exclusive control of corporate gatekeepers that measure acquisitions purely through economic return. Such is the founding premise of SFK Press, whose mission is to publish a million stories speaking to â€œYâ€™all Means All.”

Armed with strong missions and values, Dead Rabbitsâ€™ and SFKâ€™s literary kinship sparked after a chance meeting through their mutual book designer, Olivia Croom. Since then, a fruitful and innovative partnership has grown, Fugitives & Rabbits merely the latest iteration of that collaboration.

Fugitives & Rabbits has scheduled seven stops through the first week of August, including a climactic celebration at the end of the week in Winston-Salem. Each event is free and open to the public.

Along with a basic schedule for all events, each stop will be tailored to fit the needs of the community therein. Attendees can expect to hear the work of burgeoning authors from each press, meet with the publishers and editors about finding an audience for their work, and join in conversation that connects the literary community. Both presses hope to share their knowledge of the publishing industry while also learning from attendees about how they can support local literary communities. Additionally, many of these events will be recorded and appear on the Dead Rabbits Podcast in an effort to shine a light on writing and work done locally.

The goal of the tour is to promote our presses’ writersâ€”some of whom are from North Carolinaâ€”and give them a platform to share their work. We also want to empower writers by arming them with our knowledge of the publishing industry. We hope to make connections with local writers and literary communities to find both manuscripts/voices to publish and passionate folks who want to get more involved in the literary community. Additionally, we want to learn from writers within the NC lit community about what they want to see and how we can improve publishing and the literary community as a whole.

We knew, when toying with the idea of this collaboration, that we wanted to collaborate on a tour of the east coast, between our two pressesâ€™ headquarters (New York and Atlanta). SFK Press has released several books by authors from North Carolina and the Editor-in-Chief of Dead Rabbits had lived there for a long time, so had several connections and knew the region well. Both publishers are aware of the thriving literary community in the state, so North Carolina felt like a perfect, welcoming place to launch a collaborative tour. 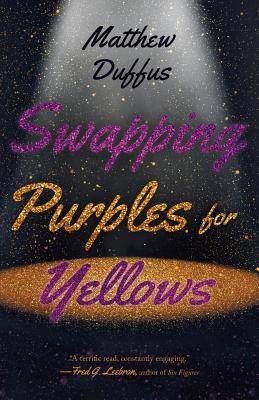 Emerald City by Brian Birnbaum: Set in Seattle, Emerald City follows Benison Behrenreich, the hearing son of Deaf royalty. His father, CEO of a multimillion-dollar Deaf access agency, has bribed Myriadal College officials for Benisonâ€™s spot on their powerhouse basketball team, where he struggles to prove himself and compensate for his fatherâ€™s sins.

Julia Paolantonio has recently lost her father to a drug relapse. Her mother ships her off to live with her estranged granddad, Johnny Raciti, during the summer before her freshman year at Myriadal. Johnny offers her a deal: bring him Peter Foschâ€”tormented college dropout and the best drug runner west of the Cascadesâ€”and heâ€™ll give Juliaâ€™s freshly widowed mother a board seat on his mobbed-up securities firm.

When Benisonâ€™s father is arrested for defrauding government subsidies for the Deaf, the Behrenreichs are left vulnerable to his companyâ€™s ruthless backersâ€”namely Johnny Racitiâ€”forcing Julia and Peter to navigate the minefield left in the aftermath.

Swapping Purples for Yellows by Matthew Duffus: Homecoming celebrations and big donor gifts donâ€™t always mean high spirits as a troubled university couple each seek divergent paths to heal their damaged household. When a billionaire grad school dropout unveils plans for a major gift, the Sutherlands must endure the bizarre rituals of rich alumni and reunion receptions. Rob drinks and rants. Molly rolls dice and dreams of winning her own identity. Their gifted teenage daughters push and pull at the rules in opposite directions. Over the course of the weekend, they each confront their deepest secrets and undeniable flaws. A splendid debut novel that navigates a twisted trail of comical regrets and heart-wrenching uncertainty.

The Skin Artist by George Hovis: The morning Bill Becker awakes to find the butterfly tattoo bleeding on his chest, his upwardly mobile life begins its downward spiral. Exiled from a corporate career and from the failed marriage he left behind in a gated Charlotte community, Bill becomes obsessed with a tattooed dancer named Lucy, who is running from a trauma buried deep in her own past. Lucy and Bill wrap themselves in new skins of ink, wrought by the same artist, a shaman who convinces them that every design will alter their future. Ultimately, both Bill and Lucy must leave the city and return to the Carolina countryside to confront the skins they have shed many years ago.