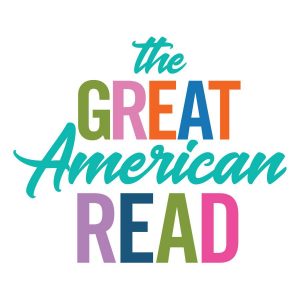 You may have noticed in yesterday’s NCWN Weekly e-Blast an opportunity for readers to let UNC-TV know about their favorite book. In return, readers have the chance to win some righteous Great American Read schwag and be named “Reader of the Week.”

As part of the build-up to the re-launch of GAR, there’s a lot of stuff happening around the nation. Here’s a press release we received earlier this week from the Chapel Hill Public Library:

“How do stories of love help us navigate relationships in our own lives? Why are we drawn to heroic characters? And what do villains, monsters, and evil forces tell us our own darkest desires? As part of PBSâ€™ Great American Read, Chapel Hill Public Library is hosting a series of panel discussions to ask these big questions about how literature helps define the human experience. The first talk, titled “What We Do For Love,” starts at 6:30 p.m. on Thursday, June 21.

“Chapel Hill Public Library, in partnership with UNC-TV and Carolina Public Humanities, has received a grant from the American Library Association to create a series of five panel discussions based on the five themes from the PBS series: What We Do for Love, Heroes, Other Worlds, Who Am I?, and Villains.

“The Great American Read is an eight-part television series and multi-platform initiative that celebrates the joy of reading. The television show features interviews with celebrities, superfans and everyday Americans discussing the way particular books have influenced them. The talks at CHPL bring the focus more firmly into the community by featuring authors, academics, and locals from the Triangle community.

“Flyleaf Books will have copies of titles from the Great American Readâ€™s list of 100.

“Panelists and dates for upcoming talks can be found on the libraryâ€™s website at www.chapelhillpubliclibrary.org/READ.

“More than 220 public libraries applied for cash grants to support at least three public programs related to the series. Grantees were selected through a peer-reviewed, competitive application process managed by the ALA Public Programs Office. In addition to the cash grants, CHPL receives a DVD collection of the series with public performance rights and a hardcover copy of the companion book, The Great American Read: The Book of Books by PBS.”