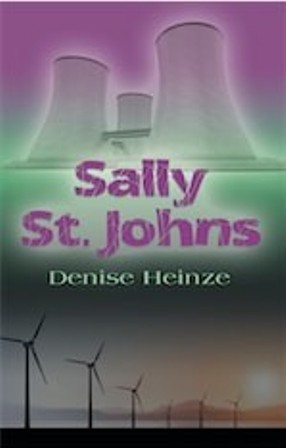 Stop for a skinny minute (or, heck, take a quantum leap and make it fat), and think of all the clichÃ©s youâ€™ve ever heard about perseverance in the face of failure.

â€œIf one door closes, another opens.â€ Or, â€œIf you fall off the mechanical bull, get back in the saddle.â€ That sort of thing.

For me, as an aspiring fiction writer, these cheery truisms acted as the drugstore balm that soothed the slow burn of untold rejections. None, however, characterized my own publishing experiences quite like this one by Aimee Carter: â€œKeep trying until you have no more chances left.â€

About two years ago, Iâ€™d run out of chances. Having exhausted every avenue to traditional publishing, I felt like the gambler whoâ€™d lost everything, including the factory second shirt on her back. That dream apparently gone, I had two choices. I could either give up completely or self-publish.

Since I had no clue what Iâ€™d do with myself outside of writing (pace, imagine contracting various exotic diseases), I opted to publish a single short story through an online venue. Soon after, my luck turned. I entered a trivia contest sponsored by a vanity press and won a free publishing package for my novel. Though my publisher took care of the production, distribution, and accounting side of things, I had to become my own agent, editor, and marketing team.

Whether my novel lived or died depended solely on me. I dug in, did my homework, and promoted my book. It was invigorating and enervating, thrilling and deflating.

All along, I continued to query agents about a second novel, still placing those psychic bets regularly in hopes of hitting the celestial numbers. Why? Because while self-publishing put me in the game, it also kept me away from the writing.

Out of the blue, as it seems now, I got an offer for representation, and not just that, but a flurry of interest from other agents. I was stricken but not Madeline Usher-level catatonic. I took an offer. In my arduous climb toward publishing, Iâ€™d found my Sherpa.

I am now an agented author who has self-published. I see this neither as a contradiction nor a liability. It is, instead, a shrewd positioning.

I am not oblivious anymore to the business side of publishing, having lived it first-hand. In fact, I attribute some of my success in landing an agent to the invaluable tips I learned about marketing myself as a writer. But neither am I alone in what can feel like a Sisyphean ordeal.

Mine is a two-pronged approach, and hardly unique. Authors of old forced the issue of their genius with self-publishing, eventually, though not always, partnering with established houses. A number of authors today have swung the other way, incorporating self-publication into their business model even as theyâ€™ve succeeded in traditional venues. In either case, it makes sense: No matter how one adds it up, two shots at a dream are better than one, every time.

And this dream of mine? It has only gotten better. Iâ€™ve recently inked a deal with a traditional publisher.

More about that in Part II of this series, coming soon!