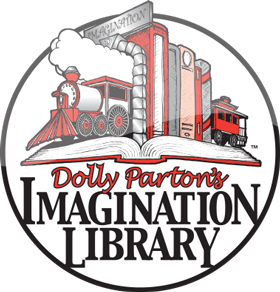 This came across the newswire over the weekend, and we thought it was certainly worth sharing….

The Library of Congress celebrated by inviting Ms. Parton, a longtime literacy advocate, to host a special guest storytime.

Dolly Partonâ€™s Imagination Library is a book gifting program that mails free, high-quality books to children from birth until they begin school, no matter their familyâ€™s income.

What began as a mission to deliver books to children in her home county in Tennessee has grown into a global mission that has garnered The Good Housekeeping Seal of Approval, the Best Practices Award from the Library of Congress Literacy Awards, and recognition in Reading Psychology.

“We never thought it would be this big,” she recently told NPR. “I just wanted to do something great for my dad and for my home county and, at the most, maybe a couple of counties over. But then it just took wings of its own, and I guess it was meant to be.”

According to the National Children’s Book and Literacy Alliance, books create warm emotional bonds between adults and kids when they read books together; help kids develop basic language skills and profoundly expand their vocabularies; develop critical thinking skills; develop and nourish kidsâ€™ imaginations, expanding their worlds; and much more. In short, books are very important for a child’s growth and development.

Born the fourth of a dozen children, Ms. Parton grew up in the Great Smoky Mountains of Tennessee. She is one of only a handful of individuals to receive nominations from the four major American entertainment awards: EMMY, Grammy, Oscar, and Tony. It’s rare to come across an individual whose achievements are too numerous to list, but such is the case with Dolly Parton.

While we’re usually loathe to use Wikipedia as an official source, if you want to learn more about Dolly Parton, you may just want to wander over to her Wikipedia page and poke around for a few hours.

Books are chosen by a Blue Ribbon Selection Committee of early childhood literacy experts. All books chosen are published by Random House, so, if you’re a Random House author, your book is already under review! If not, Imagination Library does not, unfortunately, take unsolicited submissions.

Still reading? Then you’ve earned the perk of watching the official video of Dolly Parton’s hit song, “9 to 5”. Click here. (Is it us, or is this video somehow more timely than ever?)