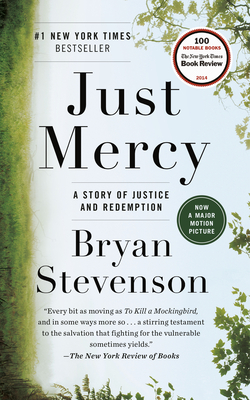 Summer’s a good time to catch up on your reading. Libraries hold contests to see how many books kids can read each week, and a glance around the local pool or the beach reveals plenty of people turning pages of books or electronic devices.

Most colleges and university’s assign a Common Reading Book to incoming freshmen, to give new students something to talk about, and debate, when they arrive on campus. These books can be fiction or nonfiction, classic or modern.

Bryan Stevenson was a young lawyer when he founded the Equal Justice Initiative, a legal practice dedicated to defending those most desperate and in need: the poor, the wrongly condemned, and women and children trapped in the farthest reaches of our criminal justice system. One of his first cases was that of Walter McMillian, a young man who was sentenced to die for a notorious murder he insisted he didnâ€™t commit. The case drew Bryan into a tangle of conspiracy, political machination, and legal brinksmanshipâ€”and transformed his understanding of mercy and justice forever.

Just Mercy is at once an unforgettable account of an idealistic, gifted young lawyerâ€™s coming of age, a moving window into the lives of those he has defended, and an inspiring argument for compassion in the pursuit of true justice.

Here are some other colleges around the state, and what they’ve assigned as this year’s Common Reading Book: