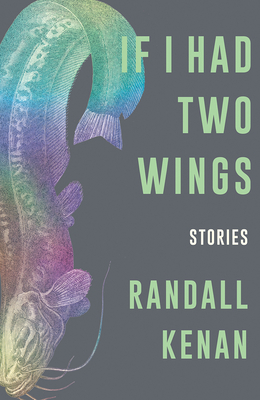 North Carolina Literary Hall of Fame inductee Randall Kenan’s final short story collection, If I Had Two Wings, has been longlisted for the National Book Award for Fiction.

Returning to the fictional territory of Tims Creek, North Carolina in which two of his previous works also take place, the short story collection If I Had Two Wings by Randall Kenan explores appetites of all kinds, as well as characters yearning for both metaphorical and literal flight.

Two other books longlisted for this year’s award are set in the American South.

Brit Bennettâ€™s The Vanishing Half is a “multi-generational family saga in which the characters contemplate the consequences of their lineage.” Deesha Philyaw’s The Secret Lives of Church Ladies, published by West Virginia University Press, draws readers into the “multifaceted lives of Black women across several generations as they engage in self-discovery and seduction.”

Randall Kenan was the author of a novel, A Visitation of Spirits; two works of nonfiction, Walking on Water: Black American Lives at the Turn of the Twenty-First Century and The Fire This Time; and two collection of stories, Let the Dead Bury Their Dead and If I Had Two Wings. He edited and wrote the introduction for The Cross of Redemption: The Uncollected Writings of James Baldwin. Among his awards are a Guggenheim Fellowship, a Mrs. Giles Whiting Award, the North Carolina Award, and the American Academy of Arts and Lettersâ€™ Rome Prize. Kenan was a 2018 inductee into the North Carolina Literary Hall of Fame. He was a Professor of English and Comparative Literature at UNC-Chapel Hill until his death.

Publishers submitted a total of 388 books for the 2020 National Book Award for Fiction. The judges for Fiction are Roxane Gay (Chair), Cristina HenrÃ­quez, Laird Hunt, Rebecca Makkai, and Keaton Patterson. Judgeâ€™s decisions are made independently of the National Book Foundation staff and Board of Directors and deliberations are strictly confidential. Winners in all categories will be announced live at the virtual National Book Awards Ceremony on November 18.

One shies away from expressing a rooting interest in an award “competition” such as this, but perhaps we’ll be forgiven if we admit we’re pulling for Randall, more than a little bit.