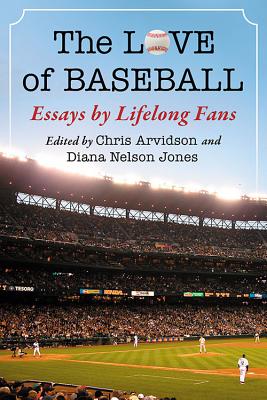 The northwestern corner of North Carolina, near the Tennessee and Virginia borders, is home to one of the leading nonfiction publishers in the United States: McFarland and Company, Inc., Publishers.

Producing 400 new titles each year (with a backlist of more than 6,000), McFarland is especially revered for its serious works in such popular fields as pop culture (especially film), sports (especially baseball), and automotive history.

New books include Understanding Sabermetrics: An Introduction to the Science of Baseball StatisticsÂ – 2nd Edition by Gabriel B. Costa, Michael R. Huber, and John T. Saccoman; The Love of Baseball: Essays by Lifelong Fans, edited by Christine Arvidson and Diana Nelson Jones, including essays by former NC poet laureate Joseph Bathanti and NCWN communications director Charles Fiore; The Manson Family on Film and Television by Ian Cooper; Uncovering Stranger Things: Essays on Eighties Nostalgia, Cynicism, and Innocence in the Series by Kevin J. Wetmore, Jr.; Power Under Her Foot: Women Enthusiasts of American Muscle Cars by Chris Lezotte; and Auto-Racing in the Shadow of the Great War by Robert Dick.

Because McFarland began (and continues as) a library-oriented publisher, their proposal and submission guidelines are extensive and should be followed closely.

They are especially known for “covering topics of popular appeal in a serious and scholarly fashion, and for going to great lengths to manufacture [their] books to the highest standards and library specifications.” Note that with exceedingly rare exceptions they do not publish fiction, poetry, or books for children.

Because they’re more of an academic publisher, you won’t normally find their titles in box stores like Barnes & Noble, although any bookstore can order McFarland & Co. books, including indies.

While the typical price point for their titles, typically $25 and up, may disuade the casual buyer, purchasing a McFarland & Company book is akin to buying a bottle of good whisky. You may pay a little more, but in return you are assured that careful attention has been paid to the quality of the product. Sip, savor, and enjoy.

Given the deep connection in western North Carolina to all things Scottish, many people wonder, why McFarland?

In addition to â€œMcFarlandâ€ being a family name for founder Robert Franklin, it was in part chosen because of a strong North Carolina and Tennessee heritage. One early namesake, Robert McFarland, was an officer at the Battle of Kings Mountain, later spent time in or near the Ashe County, North Carolina area, then went on to become the first ever sheriff of Greene County, Tennessee. That McFarlandâ€™s grandson, Robert McFarland, fought at Vicksburg and was a justice of the Tennessee Supreme Court in the 1870s and 80s. Thereâ€™s also a Scottish connection. The â€œMcFarlandâ€™s Lanternâ€ of Scottish folklore has been incorporated into the company logo, and the clan tartan appears on the company banner.