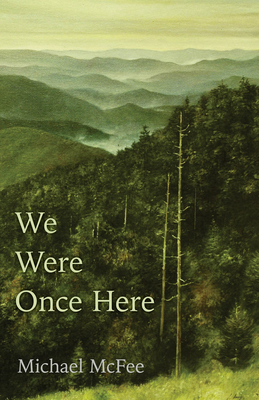 On Friday, November 16, North Carolina Governor Roy Cooper will present the 2018 NC Awards in a ceremony at the Raleigh Convention Center.

The ceremony begins at 7:00 pm; tickets are still available here.

Michael McFee is an institution in the UNC-Chapel Hill English Department, where he has taught since 1990. The author of sixteen books, McFee has published eleven volumes of poetry, two essay collections, and is the editor of several anthologies of North Carolina literature. McFee is a distinguished writer and poet whose celebrated works include Vanishing Acts and We Were Once Here. His honors include a National Endowment for the Arts Fellowship in Poetry, the James Still Award for Writing about the Appalachian South, the R. Hunt Parker Memorial Award for Literary Achievement, and the Thomas Wolfe Memorial Literary Award. McFee is a devoted teacher, mentor, and dedicated champion of the literary culture of North Carolina.

To learn more about the NC Awards, click here.