Along with a full-day of workshops and sessions, faculty readings and open mics, we’ll offer an exhibit hall packed with vendors. In this three-part series, we’ll introduce the awesome North Carolina literary organizations who will join us in the exhibit hall:

Durham-based Backbone Press is a small press with a big vision. Itâ€™s a venue for ethnic poets, including African-American writers, which has a deep interest in poetry by Latino/a, Asian, and other Ethnicities. The press is also a seeker of poetry that is political, evocative, social, gritty, and also personal and poignant. Their writers include Tara Betts and Tyree Daye.

Winston-Salem based publisher John F. Blair published its first book in 1954. Through the years, literary gems that sold minimal copies were published alongside popular cookbooks and travel guides. Since that first book, John F. Blair, Publisher, has published several hundred other titles and started distribution of other publisher’s titles. Authors include Wilton Barnhardt, Jan DeBlieu, Judy Goldman, Robert Inman, Guy Pearce, Daniel Wallace, and many more. Spring 2016 titles include Dark of the Island by Phillip Gerard and Crooked Letter I: Coming Out in the South, edited by Connie Griffin. 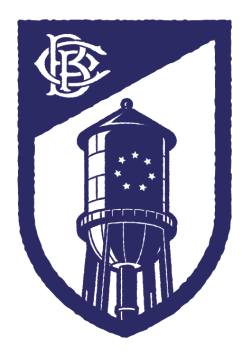 Bull City Press publishes a small quarterly magazine, Inch; poetry chapbooks through the Frost Place Chapbook Fellowship; and the Bull City Poetry Prize series. Established in Durham in 2006, their authors include Ellen C. Bush, Michael McFee, and Anna Ross. Inch accepts flash fiction and nonfiction under 750 words, and poetry that is one to nine lines in length. Submissions are open year-round. Tiara Clark was the winner of the 2016 Frost Place Chapbook Competition; the contest opens again in October. 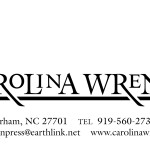 Carolina Wren Press is a nonprofit organization whose mission is to publish quality writing, especially by writers historically neglected by mainstream publishing, and to develop diverse and vital audiences through publishing, outreach, and educational programs. This Durham-based publisher sponsors the annual Bakwin Award for Writing by a Woman that honors full-length prose work (novel, short story collection, or memoir) by an author who is a woman. Submissions are open through June 15. CWP authors include Chantel Acevedo, Moira Crone, and North Carolina Literary Hall of Fame inductee Jaki Shelton Green. Their newest title is Midnight Bowling by Quinn Dalton, who will lead the Master Class in Fiction at the NCWN 2016 Spring Conference.

Pre-registration is open for the NCWN 2016 Spring Conference through Sunday, April 17. Register now!