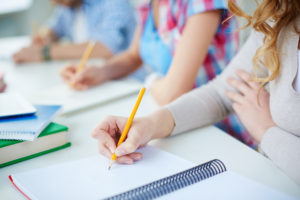 This is the time of year that many intrepid writers talk about gearing up for the most intense, disciplined, and fun writing marathon of the year.

Writers all around the world are are preparing outlines, character sketches, and plot arcs.

But they arenâ€™t writing yet.

They are talking to partners, spouses, and significant others asking for their support and encouragement (and possibly a break from some household tasks) during November.

They grin and say, â€œNaNoWriMo.â€

November is National Novel Writing Month (NaNoWriMo). Amateur and professional writers sign up to write 50,000 words, a short novel, during the month. That is roughly 1,667 words a day.

Itâ€™s an insane idea, but one that since 1999 has enticed aspiring writers, lawyers, fashion designers, clerks, nurses, and graduate students to put their fingers, friends, and nerves to the test to produce a first draft of a novel. The only rule is that the writer must begin writing their potential novel on Nov. 1 with new material. A writer can outline as much as they wish beforehand, but they must do the actual writing during Nov. 1-30. No old projects welcome. NaNoWriMo is for fresh, wild, and fast writing.

Origins of NaNoWriMo
Close to eighteen years ago, in San Francisco, a group of twenty-one writers came together to challenge one another to do “binge writing” to see if they could produce a draft of a novel in a month. They could and had a lot of fun (and imbibed a lot of caffeine) in the process.

Thus a creative movement was born and a nonprofit created. The event has become a worldwide phenomenon.

Every year, they partner with hundreds of volunteers with their local libraries, bookstores, and community centers.

Of particular note is the organizationâ€™s commitment to fostering young writers. They sponsor the Young Writerâ€™s Program (for writers seventeen and under) that runs alongside NaNoWriMo where they reach tens of thousands of students and educators and also provide free classroom writing resources to kids around the world.

How do you win at NaNoWriMo?
On Nov. 30, participants upload their draft to the nonprofit (of the same name as the event), the staff validates the word count, and participants who reach 50,000 words â€œwinâ€ an official certificate, and of course, bragging rights. NaNoWriMo runs on an honor system. To participate is free though NaNoWriMo has attracted a number of sponsors include CreateSpace, Evernote, and Scrivener and some writer support services that also offer additional goodies for winners.

Why participate in NaNoWriMo?
Whatâ€™s a great way to get past the inner critic that tends to block so many aspiring writers? To write quickly. NaNoWriMo is definitely not about perfection. Itâ€™s about daring and engaging deeply. It is about pushing past limits, fears and the dreaded, “I canâ€™t find time to write.”

I believe that NaNoWriMo creates more possibility and wonder about the written form over a thirty-day period than at any other time during the year.

I took the NaNoWriMo challenge, loved it, and won. I wrote my daily word count, and on days that didnâ€™t work, I wrote more on the weekends. One day, I wrote 8,000 words! Thatâ€™s the kind of momentum thatâ€™s possible with NaNoWriMo.

An unexpected, but lovely outcome of participating in NaNoWriMo (and using their website): I made local and far-flung writer friends. Want to know the best way to poison someone? Wonder what a 17th-century dagger looks like or how to get a scene to work? NaNoWriMoâ€™s extensive website houses dozens of forums that encourage writers to share knowledge with one another. Writers can also connect face to face through “home regions” with local moderators that help coordinate writing events. The Triangle has a particularly active region.

There are many success stories of writers who carefully revised their NaNoWriMo drafts and have made sales of novels (including the bestselling Water for Elephants by Sara Gruen, The Night Circus by Erin Morgenstern, and The Darwin Elevator by Jason Hough), short-story collections, and other kinds of publications.

But publishing is not the overall point of NaNoWriMo. It is about getting started. Itâ€™s about getting some wordsâ€”any words down that then can turn into good words later.

Michele will host a NaNoWriMo launch party on Saturday night at the North Carolina Writers’ Network 2017 Fall Conference, following the Open Mic readings. Anyone planning to take part in NaNoWriMo, or anyone even mildly curious, is invited to meet for a casual, informal gathering, with some light refreshment.