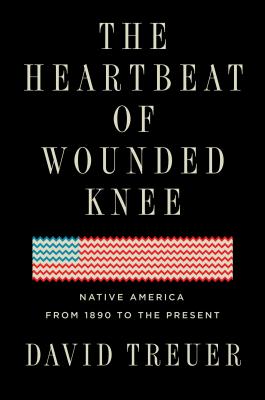 The 2019 finalists for the National Book Award have been announced: twenty-five finalists in the categories of Fiction, Nonfiction, Poetry, Translated Literature, and Young People’s Literature.

Sarah M. Broom’s The Yellow House (Grove Press / Grove Atlantic) is a finalist in Nonfiction, as is David Treuer’s The Heartbeat of Wounded Knee: Native America from 1890 to the Present (Riverhead Books / Penguin Random House).

Jericho Brown is a finalist in Poetry for The Tradition (Copper Canyon Press), along with Carmen GimÃ©nez Smith’s Be Recorder (Graywolf Press).

Winners will be announced at the 70th National Book Awards Ceremony and Benefit Dinner on November 20, which will be streamed live on the NBA’s Facebook page and website.