From our friends at the Crook’s Corner Book Prize Foundation: 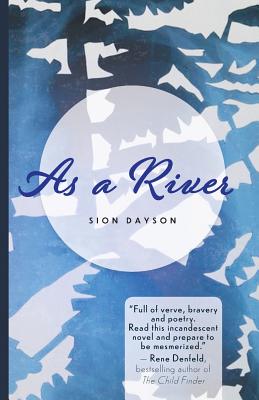 Chapel Hill–As a River by Sion Dayson is the winner of the eighth annual Crook’s Corner Book Prize, which awards $5,000 for the best debut novel set in the American South.

Set in Georgia, written in spare and lyrical prose, As a River moves back and forth across decades, evoking the mysterious play of memory as it touches upon shame and redemption, despair, and connection. At its heart, itâ€™s a novel about our struggles to understand each other, and the stories we tell ourselves in order to survive.

Sion Dayson was born in New York and raised in North Carolina. After a decade spent in Paris where she acquired French nationality, she now makes her home in Valencia, Spain. Her work has appeared in numerous venues including The Writer, The Rumpus, Electric Literature, Hunger Mountain, Utne Reader, The Wall Street Journal, and several anthologies. â€‹Jaded Ibis Press â€‹is a feminist press committed to publishing socially engaged literature with an emphasis on the voices of people of color, people with disabilities, and other historically silenced and culturally marginalized voices.

â€œThis pandemic year has particularly impacted debut novelists, who have a tough time gaining recognition even in the best of times,â€ says Foundation president Anna Hayes. â€œWith in-person bookstore readings and book launch events canceled, we are especially glad for this opportunity to shine a spotlight on exciting new writers.â€

Submissions are now open for next year’s Prize. For more information on the Prize and submission guidelines, please visit â€‹www.crookscornerbookprize.comâ€‹ or follow us on â€‹Twitterâ€‹, Facebookâ€‹, and â€‹Instagramâ€‹.