Bryn Chancellor, Charlotte
â€œAmong my abiding interests as a reader and a writer are stories about characters who tend to go unnoticed, both in the world and in literature: those who live in marginal places, who are overworked, whose daily lives are, on the surface, ordinaryâ€ says writer Bryn Chancellor. â€œThose are the voices I am most interested in putting on the page.â€ Her books include When Are You Coming Home?: Stories, which won the Prairie Schooner Book Prize, and Sycamore: A Novel, which received a pick of the week designation from Publisherâ€™s Weekly. She received a 2015 Jentel Artist Residency, Banner, Wyoming; a 2014â€“15 Literary Arts Fellowship, Alabama State Council on the Arts; a 2004 David R. Sokolov Scholarship, Bread Loaf Writersâ€™ Conference; and a 2004 Tennessee Williams Scholarship, Sewanee Writersâ€™ Conference, among others. www.brynchancellor.com.

Elisabeth Lewis Corley, Pittsboro
â€œLike most poets, poetry for me remains a practice,â€ says writer Elisabeth Lewis Corley. â€œI work in more than one form, but it is poetry that is in some ways the most elemental and the most demanding. Work that emerges through that practice comes from the most central concerns, often arising from the unconscious. Without that element, I donâ€™t trust it.â€ Corleyâ€™s work has appeared in Cold Mountain Review, New Haven Review, mahmag.org, BigCity Lit, Feminist Studies, Southern Poetry Review, and Carolina Quarterly. A great deal of her work in recent years has come out of wrestling with war, specifically her fatherâ€™s experiences in Vietnam and the experiences of her family around his military service. www.piedmontperformancefactory.org.

Mark Cox, Wilmington
â€œPoetry, for meâ€”art, generallyâ€”is a reckoning with time,â€ says poet Mark Cox. â€œAn understanding of the self within time and perhaps, ultimately, some reconciliation with it.â€ Coxâ€™s volumes of poetry include Smoulder, Thirty-Seven Years from the Stone, Natural Causes, and Sorrow Bread: Poems 1984-2015. Readiness, a new book of prose poems, is slated for release in 2018. Cox has a 30-year publication history in prominent magazines, and has received a Whiting Writers Award and a Pushcart Prize, among others. â€œIt goes without saying that rhythm, syntax and sound should be inseparable from meaning,â€ he says. â€œOne seeks that elusive treasureâ€”the poem that exists as a beautifully made object, but which seen, and heard, from the right angle becomes transparentâ€”an emotional and psychological experience transcending its construction.â€ www.markcoxpoet.com. 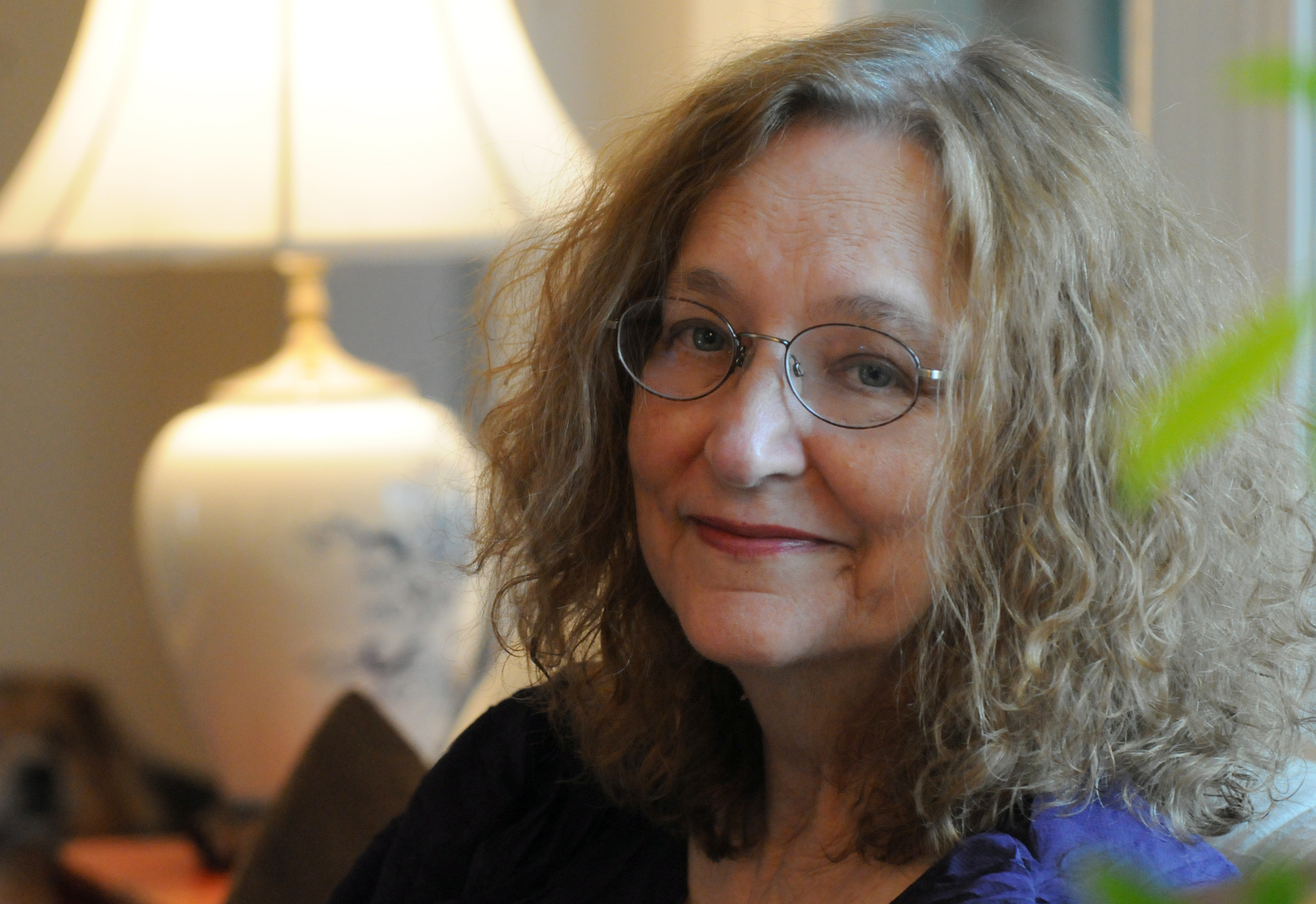 Angela Davis-Gardner, Raleigh
â€œMy subject is past traumaâ€“either in a character’s childhood or in an historical event (the bombing of Hiroshima)â€“and its crippling effect on the present,â€ says author Angela Davis-Gardner. â€œMy aim is to portray characters’ emotions in the most accurate words possible.â€ Her two most recent novels, Butterflyâ€™s Child and Plum Wine, had their inception in her life-long interest in Japanese culture and Japanese-American relations. Her other novels include Forms of Shelter, which won the Sir Walter Raleigh Award for Fiction, and Felice. In 1982, Davis-Gardner received the first fellowship award granted to a writer of fiction by the N.C. Arts Council; this marks her second award. www.angeladavisgardner.com.

Patrice Gopo, Charlotte
â€œWe live in a time when many in society seek to confront issues of racial injustice and acknowledge the presence of global hierarchies,â€ says writer Patrice Gopo. â€œWriting personal essays becomes a way for me to engage in these discussions and consider the way movement, migration, and injustice impact identity formation.â€ A black Jamaican American who grew up in a predominantly white environment, Gopo gathers reflections and images from her life, and looks for intersection points of the personal with the larger culture in which she exists. Her essays have appeared in a number of publications, including online in The New York Times and The Washington Post. www.patricegopo.com.

Rebecca Gummere, Sugar Grove
Rebecca Gummere calls herself a â€œprofessional wondererâ€ to describe her calling as a writer of creative nonfiction. â€œWhen I was 12, I discovered the short stories of Ray Bradbury and the sonnets of William Shakespeare. It was as if someone had pulled back a veil on a secret world,â€ she says. â€œHundreds of books, authors, and decades later, I still feel that sense of astonishment at the beauty and power of language to illuminate the human story with all its big questions and small sacred events.â€ Gummereâ€™s essay, â€œCooper’s Heart,â€ on dealing with the loss of her infant son, was published in O, The Oprah Magazine, and will be included in the forthcoming anthology, Oâ€™s Little Guide to the Big Questions, to be published January, 2018. Her stories, â€œThe Transit of Venusâ€ and â€œThe Departure,â€ were each nominated for a Pushcart Prize. www.rebeccagummere.com.

Allison Hutchcraft, Charlotte
â€œMy work looks outward to the natural world, particularly to animals and the expansive spaces of meadows and oceans, as well as inward to the landscape of the mind,â€ says poet Allison Hutchcraft. â€œAnchoring my poems is a desire to see beyond surfacesâ€”to encounter the thing itself, as well as its creative possibilities.â€ Hutchcraftâ€™s poems have appeared in the Kenyon Review, Crazyhorse, The Cincinnati Review, Barrow Street, the Beloit Poetry Journal, American Letters & Commentary, West Branch, and other journals. She has been awarded scholarships from the Tin House Writers Workshop, Key West Literary Seminar, and the Squaw Valley Community of Writers, and received a 2016 Regional Artist Project Grant from the Arts & Science Council for the City of Charlotte and Mecklenburg County. www.allisonhutchcraft.com.

Alison Mauldin, Charlotte
â€œSince childhood, I’ve been drawn to creative pursuits,â€ says screenwriter Alison Mauldin, â€œbut writing stories is the one constant in my life.â€ Mauldin has been a writer and producer of short films and promotional videos for organizations including Actorâ€™s Theatre of Charlotte, and has also performed the roles of make-up artist and costume designer for films and plays. She spent several years as a teaching artist for StageWorks Theatre/Creative Kids in Charlotte, but it was only recently that she decided to get serious about screenwriting. She was a fellow at the 2016 Sundance Screenwriting Intensive in Charlotte for her screenplay, Youthless, and made it to the second round of the Austin Film Festival Screenwriting Competition for Missy that same year. www.alisonrmauldin.com.

Travis Mulhauser, Durham
â€œMy fiction tends to center on startling events in small towns where poverty, addiction, and isolation are at the root of most conflicts,â€ says writer Travis Mulhauser. After writing Greetings from Cutler County: a novella and stories, his novel Sweetgirl was named an Indie Next Pick, was one of Ploughshares Best Books of the New Year, was longlisted for The Center for Fictionâ€™s First Novel Award, and was #2 on Harperâ€™s List of Best Debuts of Spring. It has since been published/translated in the UK, France, Netherlands, Germany, and Brazil. Mulhauser names Ron Rash, Lewis Nordan, Michael Parker, and Kaye Gibbons as his biggest influences. â€œI write,â€ he says, â€œsimply because I feel the day has been wasted if I do not!â€ www.travismulhauser.com.

Trace Ramsey, Durham
â€œI am drawn to experimental and lyrical memoirists such as Eula Biss and Maggie Nelson,â€ says writer Trace Ramsey. â€œBut unlike them, I do not have a background in writing, so my style is unorthodox.â€ Ramsey says he writes in â€œlightly-tethered vignettesâ€ that both stand alone and flow with a larger body of work. â€œThe vignettes come from all periods in my life and appear in any order that makes sense to me,â€ he explains. â€œFor example, I break the linear structure and reassemble the stories of my life to make my grandparents, parents, and children into intergenerational peers.â€ He has written two books, Good Luck Not DyingÂ and All I Want to Do is Live: A Collection of Creative Nonfiction, which earned the 2016 Alex Albright Creative Nonfiction Prize from the North Carolina Literary Review. He received the 2015 Ella Fountain Pratt Emerging Artist Grant in Literature from the Durham Arts Council. www.traceramsey.com.

Eric Smith, Carrboro
â€œMy favorite poems are poems of permissionâ€”the poems that say â€œyesâ€ to a new order of thinking, that affirm alternative ways of constructing or reflecting a world, that spark in me some sense that I am seeing what Iâ€™ve always known in an entirely new way,â€ says poet Eric Smith. His work has been published in the Indiana Review, The New Criterion, Southwest Review, and the Best New Poets 2010 anthology. He has received scholarships from Convivio and the Sewanee Writers’ Conference, and is a founding editor of the text-message poetry journal cellpoems. â€œI feel that my work is at a number of thresholds,â€ Smith says, â€œbetween experiments in both formal and free verse, between the comic tone of my earlier work and the more serious (but still playful) components of the newer work, between my familyâ€™s origins in rural Georgia and my own present as an intellectual removed from that place and its history.â€

Julie Steinbacher, Raleigh
â€œMuch of my work centers on relationships and identityâ€”finding the self, losing the self, and accepting the self, peripheral to oneâ€™s romantic or familial ties,â€ says writer Julie Steinbacher. â€œRelationships are one of the most human topics, regardless of whether they involve people, post-human characters like androids or cyborgs, artificial intelligences, or non-human characters.â€ Steinbacherâ€™s â€œThe PokÃ©mon Gameâ€ was a finalist for the 2016 James Hurst Prize for fiction. â€œCollectorsâ€ was a finalist in Beecherâ€™s Magazineâ€™s fiction contest, and â€œChimerasâ€ (originally published in Escape Pod, February 21, 2015) was recognized as a Notable Story in The Best American Science Fiction and Fantasy 2016. â€œWhat does being in the body mean, and what could it mean in a future where bodies may be constructed, or may become obsolete?â€ Steinbacher asks. â€œHow do we live as our fullest, truest selves when those identities may cost us our livelihood or even our lives?â€ www.julie-steinbacher.com.

Julie Zografos, Statesville
â€œIâ€™m interested in voice and muteness; in the ways we process loss,â€ says screenwriter Julie Zografos. â€œI think as kids, weâ€™ve all experienced the ground falling away suddenly. Weâ€™ve all felt that tiny flame inside us gutter, try to stay lit, while the world crashes around us.â€ Zografosâ€™ feature length screenplay, Dark Quarry, is adapted from her poetry and tells the story of a defiant mute girl, and a boy, haunted by guilt after his brotherâ€™s death, struggling with loss, violence, and redemption in a North Carolina tobacco town in 1963. She received the Henry Hoyns Fellowship in poetry writing from the University of Virginia, where she studied and taught under U.S. Poet Laureate Rita Dove. Sheâ€™s also a Sundance Screenwriters Intensive Fellow, and received a B.F.A. in filmmaking from the University of North Carolina School of the Arts. As an undergraduate, she wrote and directed What Remains, which received a Directors Guild of America Jury Award, and went on to be a finalist for the Student Academy AwardsÂ®.