In recognition of Pride Month and Juneteenth, the North Carolina Writers’ Network takes time to commemorate these moments in history and share our latest recommended reading list of books by Black and LGBTQ+ writers that broadly encapsulate Black and queer history and experiences. 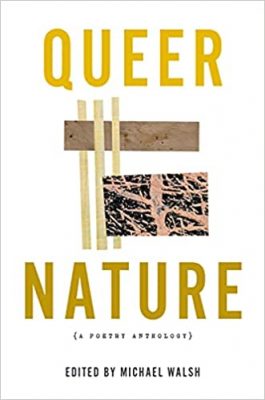 “This anthology amplifies and centers LGBTQIA+ voices and perspectives in a collection of contemporary nature poetry. Showcasing over two hundred queer writers from the nineteenth to the twenty-first century, Queer Nature offers a new context for and expands upon the canon of nature poetry while also offering new lenses through which to view queerness and the natural world.” 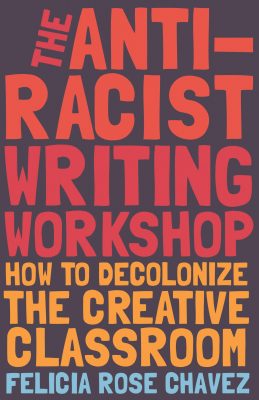 The Anti-Racist Writing Workshop: How to Decolonize the Creative Classroom by Felicia Rose Chavez CRAFT

“Felicia Chavez’s The Anti-Racist Writing Workshop is a generational intervention. Chavez is expanding expectations of How-To books while giving radical generative portals of entry into workshop reconstruction. Every writing teacher on Earth needs this book.”
–Kiese Laymon, author of Heavy 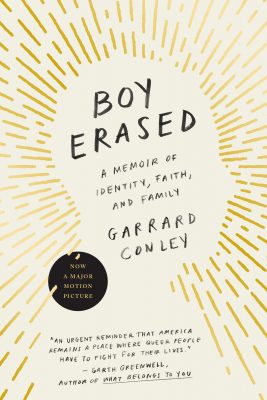 “The son of a Baptist pastor and deeply embedded in church life in small town Arkansas, as a young man Garrard Conley was terrified and conflicted about his sexuality. When Garrard was a nineteen-year-old college student, he was outed to his parents, and was forced to make a life-changing decision: either agree to attend a church-supported conversion therapy program that promised to cure him of homosexuality; or risk losing family, friends, and the God he had prayed to every day of his life. Through an institutionalized Twelve-Step Program heavy on Bible study, he was supposed to emerge heterosexual, ex-gay, cleansed of impure urges and stronger in his faith in God for his brush with sin. Instead, even when faced with a harrowing and brutal journey, Garrard found the strength and understanding to break out in search of his true self and forgiveness.” 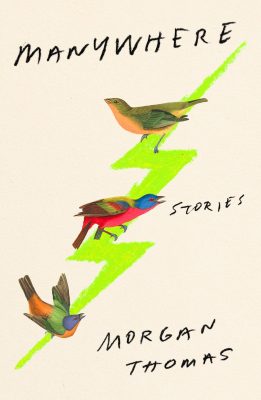 “The nine stories in Morgan Thomas’s shimmering debut collection witness Southern queer and genderqueer characters determined to find themselves reflected in the annals of history, whatever the cost. As Thomas’s subjects trace deceit and violence through Southern tall tales and their own pasts, their journeys reveal the porous boundaries of body, land, and history, and the sometimes ruthless awakenings of self-discovery.” 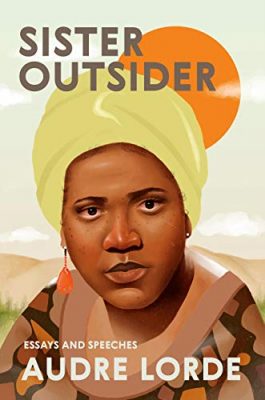 “[Lorde’s] works will be important to those truly interested in growing up sensitive intelligent, and aware.”–The New York Times 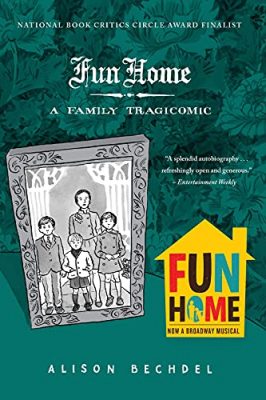 “Alison Bechdel’s groundbreaking, bestselling graphic memoir that charts her fraught relationship with her late father. Distant and exacting, Bruce Bechdel was an English teacher and director of the town funeral home, which Alison and her family referred to as the “Fun Home.” It was not until college that Alison, who had recently come out as a lesbian, discovered that her father was also gay. A few weeks after this revelation, he was dead, leaving a legacy of mystery for his daughter to resolve.” 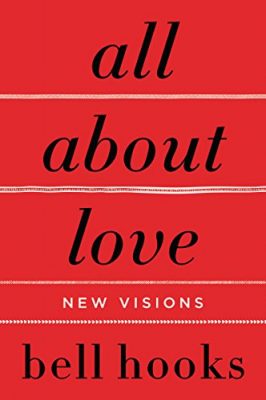 “A New York Times bestseller and enduring classic, All About Love is the acclaimed first volume in feminist icon bell hooks’ Love Song to the Nation trilogy. All About Love reveals what causes a polarized society, and how to heal the divisions that cause suffering. Here is the truth about love, and inspiration to help us instill caring, compassion, and strength in our homes, schools, and workplaces.” 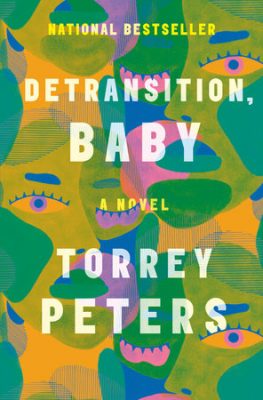 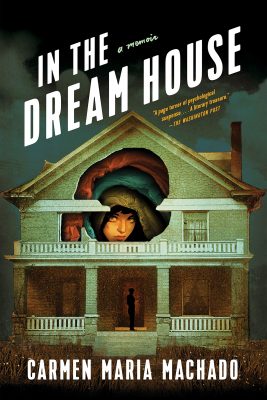 “In the Dream House is Carmen Maria Machado’s engrossing and wildly innovative account of a relationship gone bad, and a bold dissection of the mechanisms and cultural representations of psychological abuse. Tracing the full arc of a harrowing relationship with a charismatic but volatile woman, Machado struggles to make sense of how what happened to her shaped the person she was becoming.” 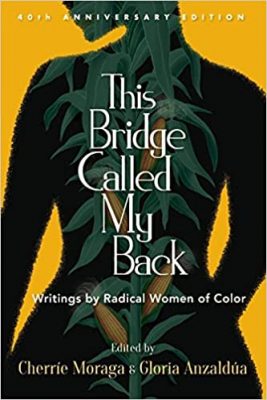 “Originally released in 1981, This Bridge Called My Back is a testimony to women of color feminism as it emerged in the last quarter of the twentieth century. Through personal essays, criticism, interviews, testimonials, poetry, and visual art, the collection explores, as coeditor Cherríe Moraga writes, ‘the complex confluence of identities-race, class, gender, and sexuality-systemic to women of color oppression and liberation.’” 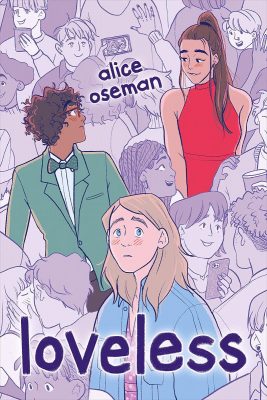 “From the marvelous author of Heartstopper comes an exceptional YA novel about discovering that it’s okay if you don’t have sexual or romantic feelings for anyone . . . since there are plenty of other ways to find love and connection.

This is the funny, honest, messy, completely relatable story of Georgia, who doesn’t understand why she can’t crush and kiss and make out like her friends do. She’s surrounded by the narrative that dating + sex = love. It’s not until she gets to college that she discovers the A range of the LGBTQIA+ spectrum — coming to understand herself as asexual/aromantic. Disrupting the narrative that she’s been told since birth isn’t easy — there are many mistakes along the way to inviting people into a newly found articulation of an always-known part of your identity. But Georgia’s determined to get her life right, with the help of (and despite the major drama of) her friends.” 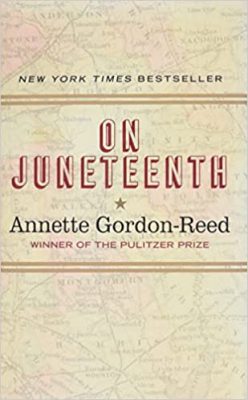 “Weaving together American history, dramatic family chronicle, and searing episodes of memoir, Annette Gordon-Reed’s On Juneteenth provides a historian’s view of the country’s long road to Juneteenth, recounting both its origins in Texas and the enormous hardships that African-Americans have endured in the century since, from Reconstruction through Jim Crow and beyond.” 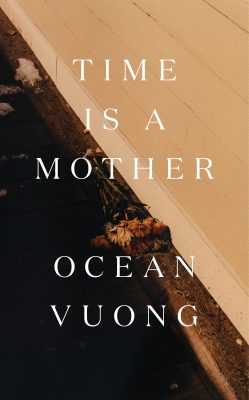 “In this deeply intimate second poetry collection, Ocean Vuong searches for life among the aftershocks of his mother’s death, embodying the paradox of sitting within grief while being determined to survive beyond it. Shifting through memory, and in concert with the themes of his novel On Earth We’re Briefly Gorgeous, Vuong contends with personal loss, the meaning of family, and the cost of being the product of an American war in America. At once vivid, brave, and propulsive, Vuong’s poems circle fragmented lives to find both restoration as well as the epicenter of the break.” 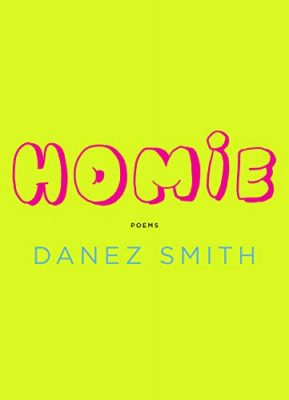 “Homie is Danez Smith’s magnificent anthem about the saving grace of friendship. Rooted in the loss of one of Smith’s close friends, this book comes out of the search for joy and intimacy within a nation where both can seem scarce and getting scarcer. In poems of rare power and generosity, Smith acknowledges that in a country overrun by violence, xenophobia, and disparity, and in a body defined by race, queerness, and diagnosis, it can be hard to survive, even harder to remember reasons for living. But then the phone lights up, or a shout comes up to the window, and family–blood and chosen–arrives with just the right food and some redemption. Part friendship diary, part bright elegy, part war cry, Homie is the exuberant new book written for Danez and for Danez’s friends and for you and for yours.”

We also recommend checking out The Southern Review of Book’s list of “The Best Southern Books of June 2022” which includes a list of many works by Southern LGBTQ+ authors and Esquire’s article “46 Must Read Books by Queer Writers” with books recommended by 18 LBGTQ+ authors.

Quotes of book descriptions and reviews are sourced from the titles’ respective pages on bookshop.org.