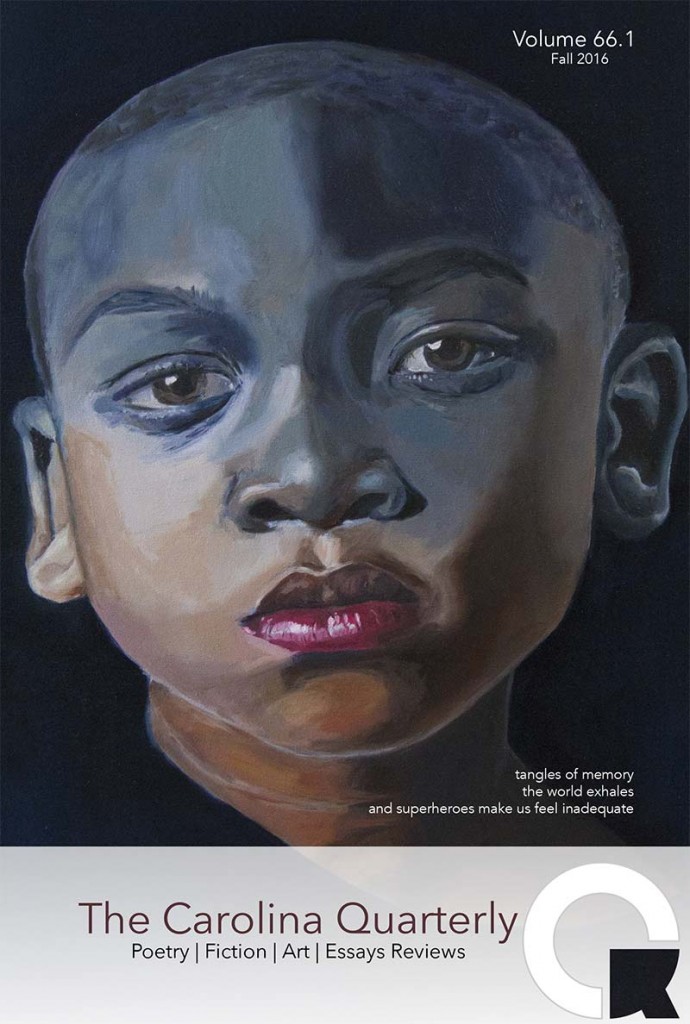 Not a lot of literary magazinesâ€”or many endeavors, reallyâ€”can trace their roots back to before the Civil War. But The Carolina Quarterly, published at the University of North Carolina at Chapel Hill, can point to the year 1844 as the founding of North Carolina University Magazine which, through several iterations during America’s highs and lows, became The Carolina Quarterly in 1948.

Which also means The Carolina Quarterly has been publishing continuously for nearly seventyÂ years!

The Carolina Quarterly is student-run journal staffed by both graduate and undergraduate editors, interns, and assistants. They publish three times each year, to coincide with UNC’s three academic quarters.

They publish poetry (no more than sixÂ poems at a time); prose (no longer than twenty-five pages, or about 7,500 words; and book reviews. In terms of prose, The Carolina Quarterly primarily publishes short stories, but they are looking to expand their creative nonfiction offerings with “personal essays, travel writing, memoirs,” etc. They accept submissions September through May.

The website offers select free content, including short stories and conversations with well-known authors. There, you can also subscribe ($30 a year for three issues), purchase back issues, donate, and read more about the history of The Carolina Quarterly.

The most recent issue (Fall, 2016, Volume 66.1) features fiction by Ingrid Keenan and Dennis McFadden; poetry by William Brewer and Alexis Orgera; and nonfiction by Abigail Johnson and Jacqueline Kolosov. Past contributors include luminaries such as Megan Mayhew Bergman, Aaron Gwyn, Valerie Sayers, G.C. Waldrep, Jerald Walker, and more. Pieces published in The Carolina Quarterly have appeared in New Stories from the South, Best of the South, Poetry Daily, O. Henry Prize Stories, The Pushcart Prizes, and Best American Short Stories.