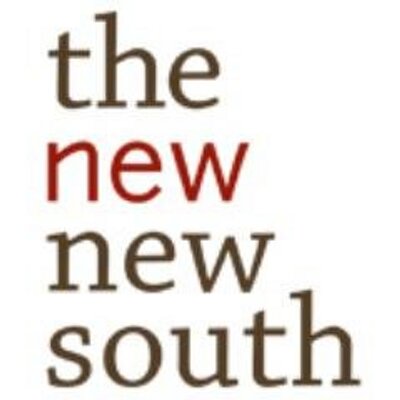 Officially, the term “New South” refers to the Southern United States in the years since the Civil War.

Inherent in the phrase “New South” is a push toward modernization, an easing of restrictive social and economic barriers, and a question of transformationâ€”no longer able to be what one was, what then does one become?

For a phrase established during Reconstruction, “New South” has proven remarkably flexible. Now the term is just as likely to invoke thoughts of farm-to-table dining, organic coffee beans, and goat lawncare services.

That’s where The New New South comes in:

The New New South is a new digital publisher of longform journalism. Using the innovative technology platform developed by the creators of The Atavist, we are releasing one in-depth and immersive work of non-fiction at a time for reading on tablets, smartphones, e-readers and the Web.

Start with its publishing platform. The New New South is publishedÂ on The Atavist,Â which offers intuitive software that makes it easy to publish multimedia projects online and tell stories with “blocks of video, sound, slideshows, charts, and Instagram and Twitter embeds.”

No print version for The New New South: digital publishing technology is at the heart of what they do.

Take the essay, “The Gutbucket King,” written by Barry Yeoman. This beautiful, in-depth profile of blues guitarist Little Freddie King is presented on the “page” (actually, the computer screen) with plenty of white space, which makes it easy to read. But it also features links to videos, recordings, photographs, and more,Â which enhance the reading experience. These multimedia features allow readers to explore the subject in greater depth.

Not that depth is an issue for The New New South. They pride themselves on giving writers all the space they need to tell their story . This, too, is a benefit of online publishing: more or less unlimited space.

Their latest story is â€œOur Last Little Funâ€ by Erin Sroka, which “explores the dark world of sweepstakes parlors.”

Because they publish infrequently, it’s probably best to query before submitting a story idea. Founder and Editor-in-Chief Andrew Park can be reached by e-mail at newnewsouth@gmail.com.

The New New South publishes at their own pace. Sometimes, you can’t rush goodness.Â And in this way, they do resemble what many think of these days when they think “New South”: slow food, carefully curated offerings, an interest in the origin of things.