Conflict, tension, action: all these are important. It can be tough, though, for us writers to decide what happens next. Sometimes we can’t move forward because we feel as if it’s all been done before.

Well, according to a recent story on the BBC, it has all been done before! Which takes a certain amount of pressure off, when you think about it:

Professor Matthew Jockers at the University of Nebraska, and later researchers at the University of Vermontâ€™s Computational Story Lab, analysed data from thousands of novels to reveal six basic story typesâ€”you could call them archetypesâ€”that form the building blocks for more complex stories. The Vermont researchers describe the six story shapes behind more than 1700 English novels…

They created visual representations of the following story arcs:

The article gives several examples. For example, Romeo and Juliet is an “Icarus” story:

Romeo and Juliet is naturally considered to be a tragedy in line with Shakespeareâ€™s own description, but when you analyse its sentiment the story appears closer to the Icarus shape: a rise, then a fall. After all, the boy must find the girl and fall in love with her before they both lose each other. The romantic peak happens around a quarter of the way through the play, in the famous balcony scene in which they declare their undying love for one another.

Itâ€™s all downhill from there. Romeo kills Tybalt and flees, the Friarâ€™s plan to smuggle Juliet out to join him provides a small bump of false hope to the drama, but once Juliet has drunk the potion nothing can prevent the final, still-searing traged.

For other examples, and the full article, click here. 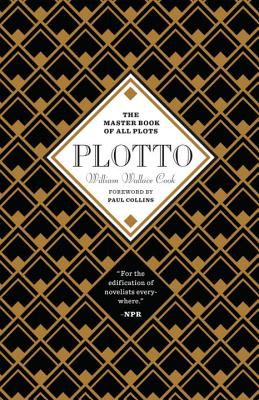 There are resources out there to help even the most blocked writer move his or her story forward.

Plotto: The Master Book of All Plots by William Cook and Paul Collins (Tin House Books) allows readers to open to any page and “find plots you may never have known existedâ€”from morose cannibals to gun-wielding preachers to phantom automobiles.”

A quick Google search turns up no shortage of plot generator websites.

The UK-based Plot Generator allows you to set parameters and will basically write a short story for you. This site also generates blurbs, blurbs, and much more, including blessing you with a pen name!

Like we said, it’s nice to know there’s nothing new under the sun. It’s kind of freeing. In some ways, we can just pick our favorite story type and run with it.