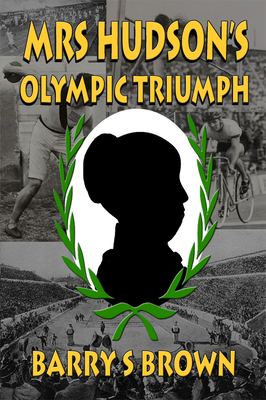 My book, having been written and published, was ready to be promoted.

I eagerly anticipated the opportunity to spread the word, bringing joy to some number of heretofore empty lives, and making some serious coin in the process. I felt myself ready for the initiative. My website was up, a Facebook page had been created, and an armful of books had been ordered.

My immediate target became the independent bookstores in the community. Here, I reasoned, were people after my own heart, courageous individuals who had forged paths for themselves in a world dominated by huge corporate entities (my own book had been printed by a small, but obviously discriminating, publisher). Indeed, the bookstore owners I contacted were not only self-reliant, but were uniformly pleasant and supportive.

Pineapple Books (names have been changed to protect the well-meaning) went so far as to offer me the opportunity to do a reading with the understanding that the many fans created in the course of the evening could then line up to purchase my work. Having been present at a reading at Pineapple, and seen a substantial number of the 35-40 bibliophiles in attendance storm the counter after the final question had been posed and answered, my only concern on my night in the limelight was whether I had brought a sufficient number of books.

I was well-prepared otherwise, having given my talk several times to the enthusiastic but restrained audience I found in the mirror. I arrived earlyâ€”very earlyâ€”and found the Pineapple parking lot not yet full; in fact, I found it deserted. Not wanting to appear overanxious, or desperate, I drove around the neighborhood for a while until it seemed safe to return to the Pineapple. I was surprised to find the condition of the parking lot unchanged. Adopting my accustomed “devil-may-care” attitude, I strode to the front door and, throwing it open, got the second surprise of the eveningâ€”and one that explained a great deal about the first surprise. Neatly arrayed in a line before the speaker’s table were four chairs.

As I was later to learn, this would be an optimistic estimate of my audience.

I joined the store clerk, who had volunteered or been dragooned into spending her next hour and some with me, rather than at home and hearth, which she would surely have preferred. In spite of that cheerless assignment, she was relentlessly good-humored while we waited for my audience to show up. Promptly, at the scheduled starting time of seven, she did.

I had been instructed that I was to deliver my talk to whatever number of people appeared. And so, to the visitor and the store clerk, I delivered a talk that brought laughter at times, a welling of tears at times, and occasionally elicited a response from my audience as well. I told the story of the book’s creation, gave the core of the plot, discussed its historical context, and answered questions about the author’s work habits. At the end of the hour, I shook hands with everyone in attendance, wished them well, and gathered up the exact same number of books I had come with.

Undauntedâ€”well, maybe a little dauntedâ€”I accepted the invitation of another bookstoreâ€”I’ll call them Two Cousins Bookeryâ€”this time to engage in a booksigning. Once more armed with a stack of books, and now with pen at the ready (actually two pens in case one failed), I sat behind a small card table strategically placed to face the front door. With a smile frozen in place, I greeted whatever patron made eye contact, and waited to demonstrate my cursive writing skills. And waited. And waited some more. Indeed, I became nostalgic about the audience I had earlier attracted at Pineapple Books.

At the end of the two hours I had been allotted, I courteously thanked the proprietor for the card table and chair, packed the books it now appeared I would take with me to the grave, retracted the point on my pen, and prepared to leave, never again to darken the Two Cousins door. However, the one of the Two Cousins on duty that day would have none of it. She decided the heavy rains experienced throughout the afternoon were responsible for my dismal showing. Wanting desperately to believe it to be true, I agreed, and, as a result, we scheduled a return engagement.

The following Saturday, the day scheduled for my redemption, shown bright and sunny. The card table was set in position, the point on my pen was no longer retracted, and the ever-present stack of books was again at the ready. As it turned out, friends must have told friends, and those few who did not avert their eyes upon entering the Bookery nonetheless avoided my table with an agility that belied the age of many. All seemed intent on creating a pretense that I did not exist, then establishing the pretense as fact.

The eight-year-old son of one of the Two Cousins decided finally it was his responsibility to steer customers to my table. He may have simply thought it would be fun, but I prefer to regard him as an ally. In either or any event, he began to run his toy car along the edge of the card table with appropriate sound effects, drawing attention to the two of us until his mother intervened. He then began interceding with people in the store to advise them of the opportunity to meet an author, although I suspect his actual words were more along the lines that the guy over there is dying and couldn’t they do something about it. I had become finally the object of an eight-year- old’s pity.

And then a customer approached me. My frozen smile threatened to become genuineâ€”until she spoke. “Can you tell me where I can find mysteries by ___?” Suffice it to say my name is not ___.

It needs to be understood, Mrs. Brown raised two boys to be gracious in all situations. I am the younger of the two. And so I showed the woman where she could find books by ___. In the course of our short journey, I informed her about another author, actually in attendance, who also wrote mysteries. She reported already knowing that and thanked me for showing her ___’s books.

At the end of that sunlit, spring-like day, I had signed as many books as I had in the pouring rain. Again, I thanked the cousin. This time there was no offer of a makeup day, nor was one wanted. Since then, however, I have learned of a seniors community that invites authors to talk about their books, and autograph the ones they sell. I’m thinking about giving them a call. What the hell. If they’ve got a card table, I’ve got a pen, still have the books, and even retain a shred of self-worth. Come to that, I can bring a card table.

BARRY S. BROWN is the author of the Mrs. Hudson of Baker Street series. Unwilling or unable to recognize either defeat or reality, he remains available for readings and booksignings.