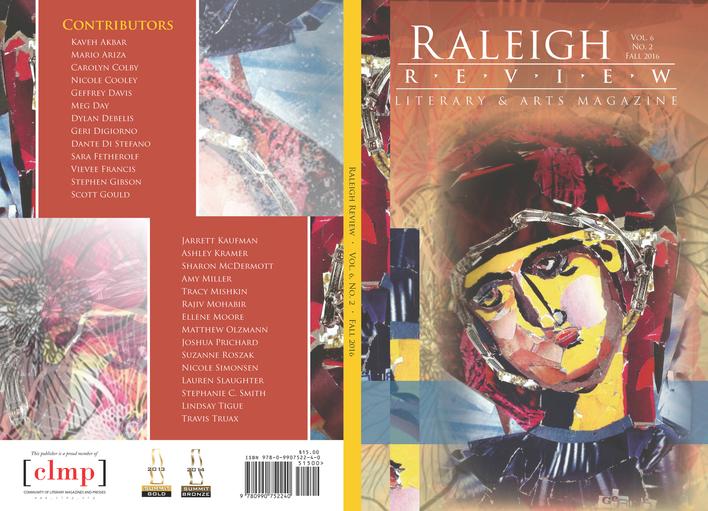 It feels like a rare thing for a fledgling literary magazine to have an immediate impact on its community, but such was the case for Raleigh Review.

Founded in 2010 by North Carolina State University alum Rob Greene, RR’s Poetry on the Bus program was placing poems on Raleigh city buses by 2012. By then, RR had already received two years’ worth of Best of the Net nominations, as well as a grant from the United Arts Council.

Poetry on the Bus continued on the R-Line for four years as additional grants and awards rolled in. RR began hosting readings and workshops in its Writers Studio (2017 schedule TBD), including classes led by Dorianne Laux, Joseph Millar, Elaine Neil Orr, and Marie Howe, the State Poet for New York.

As a literary rag, RR seeks to publish poetry, flash fiction, and short fiction that is “emotionally and intellectually complex.” RR believes that:

…great literature inspires empathy by allowing us to see the world through the eyes of our neighbors, whether across the street or across the globe. Our mission is to foster the creation and availability of accessible yet provocative contemporary literature.

For a taste of what they publish, consider subscribing!

RR is currently reading for its Fall issue; to submit, click here.

They’ve even inspired a spin-off: The Lou Lit Review out of Louisburg College.