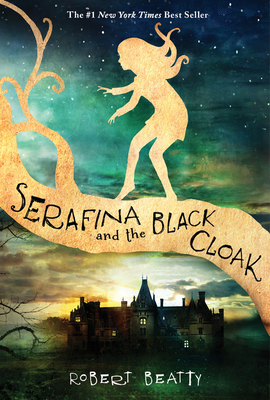 The Southern Independent Booksellers Alliance has announced its 2015 Summer Okra Picks, a “bushel of books that represent the best in Southern lit, fresh off the vine.”

The pick of the bushel, of course, is Harper Lee’s Go Set a Watchman (Hub City Press), her first book since the much-celebrated 1960 release of the Pulitzer-Prize winning To Kill a Mockingbird.

Robert Beatty’s Serafina and the Black Cloak (Disney-Hyperion Press) also made the list. Set in Asheville, Serafina is a “spooky historical mystery-thriller about an unusual girl who lives secretly in the basement of the grand Biltmore Estate.”

Beatty will lead a workshop outlining techniques for writing a successful Middle Grade / Young Adult novel at the North Carolina Writers’ Network 2015 Fall Conference, November 20-22 in Asheville…at the DoubleTreeÂ  by Hilton Asheville-Biltmore, just down the street from the Biltmore Estate. Registration will open on or around September 1.

The 2015 Summer Okra Picks all have a “strong Southern focus and are published between July and September, 2015, and all of them have fans among Southern indie booksellers; people who are always looking out for the next great writer who should be on your plate and in your TBR stack.”