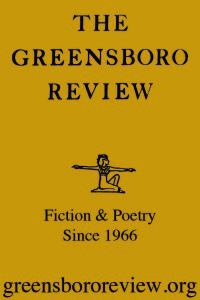 Happy anniversary to The Greensboro Review, which celebrates its 50th anniversary this yearâ€”meaning they’ll publish Issue 100 in the spring of 2017.

How much can change in half a century? In 1966, a stamp cost $0.04; Medicare began; and a biochemist finished deciphering the DNA code.

But The Greensboro Review? Well, it appeared more or less exactly as it does today, offering readers a simple cover, no distracting graphics, and a complete and total focus on the quality of the text.

â€œPeople tend to appreciate the simple approach,â€ said Jim Clark, director of the creative writing program and longtime editor of The Greensboro Review. â€œIt puts the priority on the work.â€

100 issues in, The Greensboro Review has published enough fantastic authors to fill a concert hall. Authors appearing in TGR include Pulitzer-Prize winning poet Claudia Rankine and Pulitzer-nominated fiction writer Kelly Link. The 100th issue will includeÂ poetry and fiction that explore a variety of themes, from death and grief to immigration and small-town Texas.

TGR accepts submissions year-round. Send 5-7 poems or up to 7,500 words of fiction: for more information on how to submit, click here.