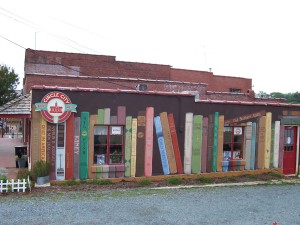 In January of this year, Circle City Bookstore in Pittsboro completed a mural on one of its outer walls showcasing forty-eight titles written by prominent Southern authors. The usual suspects are representedâ€”William Faulkner’s Light in August, Thomas Wolfe’s Look Homeward Angelâ€”but the owners of Circle City have also made a point of including not only Southern writers of note but North Carolina writers especiallyâ€”and even local writers as well.

For example, Pittsboro resident Marjorie Hudson’s short-story collection Accidental Birds of the Carolinas is on the wall alongside The Mind of the South by Wilbur J. Cash and Big Fish by Daniel Wallace.

Many inductees to the North Carolina Literary Hall of Fame made the cut:
Paul Green
Thomas Wolfe 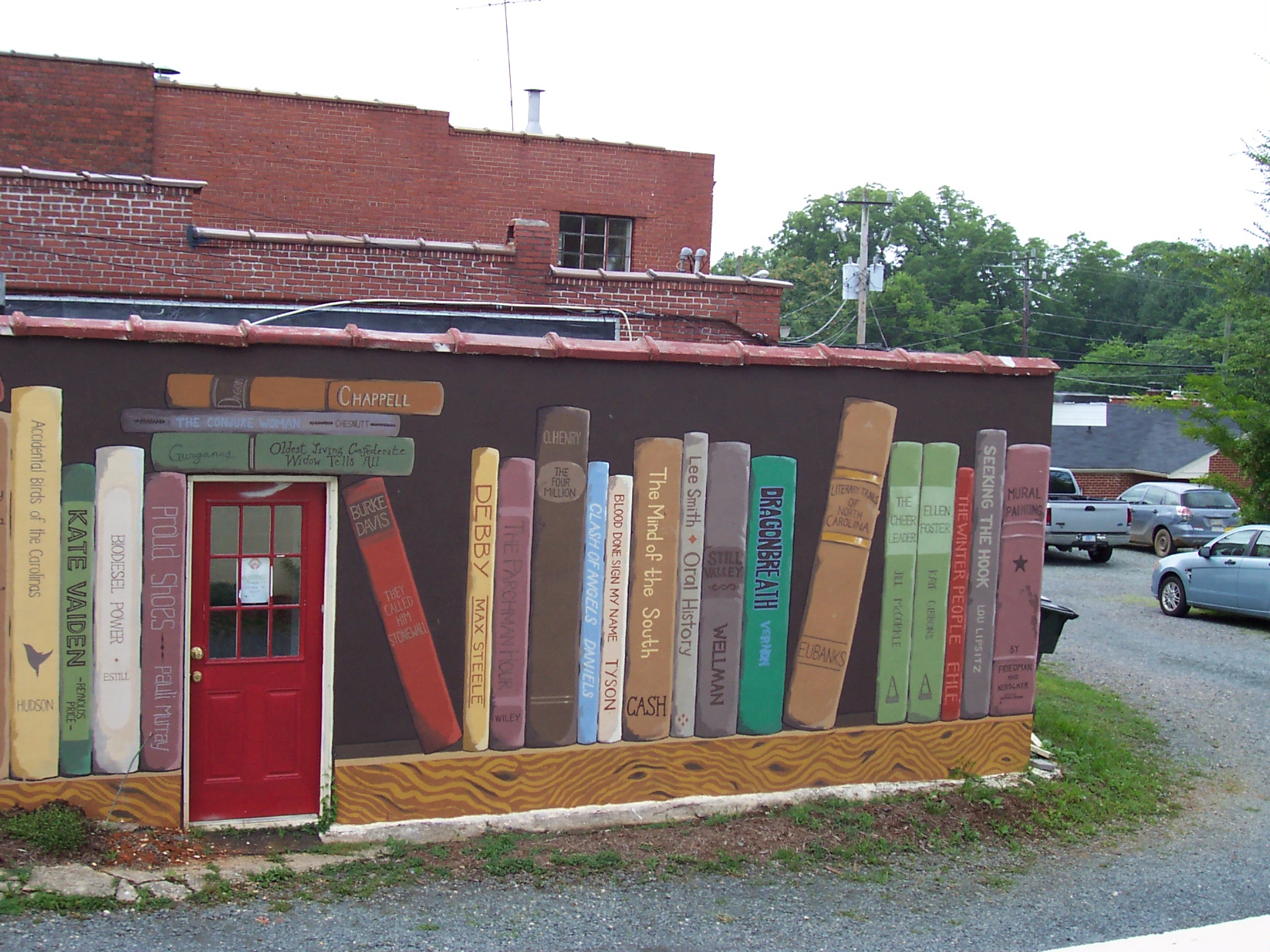 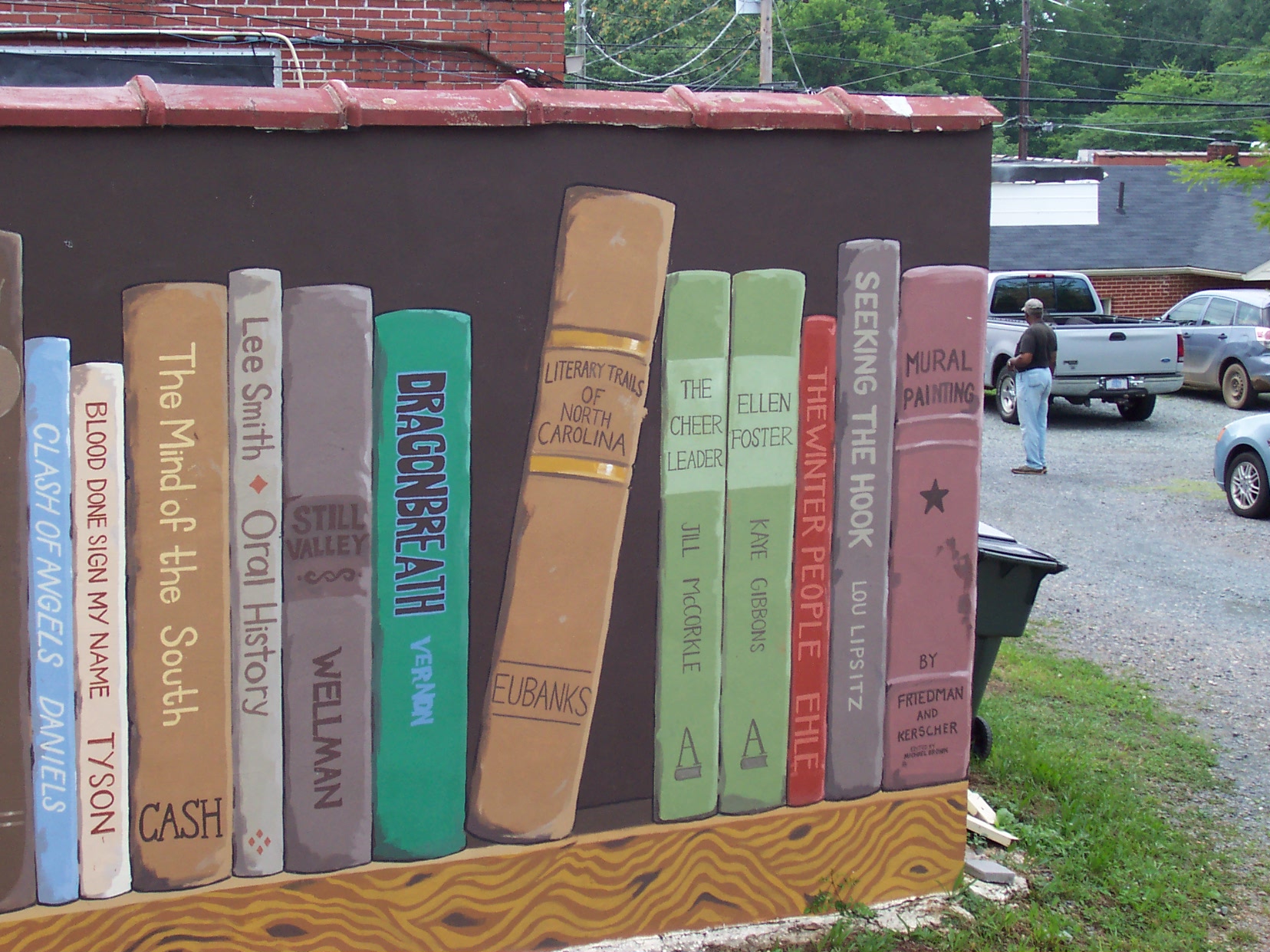 Thanks to NCWN Board Member Al Manning for the pics!