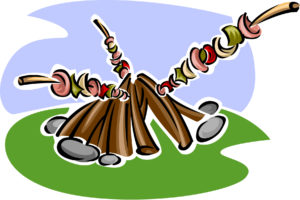 Yesterday, we shared one of the responses to the prompt given during “The Prompt Party” at The NCWN Writingest State Online Conference, Saturday, November 14, sponsored by Plottr. During the event, participants broke up into four separate rooms and were randomly assigned a genre. Then, they were given a prompt:

One of our rooms was assigned the genre of â€œFiction.â€ (For yesterday’s “Stage and Screen” response, click here.) Hereâ€™s what the Fiction room wrote.

THE WEREWOLF YOU DESERVE

â€œItâ€™s alive!â€ The werewolf starts moving, confused. He focuses on the door, hears the children outside.

Leonard, the absentminded scientist, coaxes his new creation by gently touching his shoulder.Â â€œThereâ€™s no need to be scared. Just give into to your instincts and chase away those little brats.â€

From behind the stale green door, the children start to knock, laughing, screaming in joy to enter the lab on their misguided field trip.

The knocking at the door changes to rattling of the handle. Leonard goes to the door to brace it with a chair but before he can accomplish the deed, the children break through.

The werewolf bolts from the table, entangles in the electrical wires. A terrible stench of burning flesh and fur infuses the room.

The children are sitting around a campfire discussing the day enjoying melting smores.

“What a weird day,”one child says as he sucks down a hot marshmallow.

Another kindergartner smirks. “What kind of a dog was that?”

“I donâ€™t know what kind of dog,” his pal replies, “but he sure tasted good.”