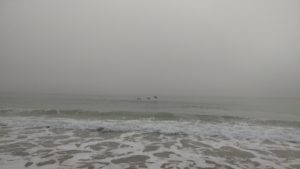 This is our home, this stateâ€”every corner, every inch.

Mountains, hills, and fields; rivers, creeks, and seas: we claim it all, held in common with everyone who has found their imaginations rooted, boosted, buoyed by this â€œgoodliest soil under the cope of heaven,â€ the Old North State, the Writingest State.

Yet here we are, the North Carolina Writersâ€™ Network, the stateâ€™s largest literary organization, dedicated and devoted to the writers and writing of our home state…and words keep failing us.

We feel we should say, write, something, some sort of official statement of support and solidarity for and with those affected by Florence and her floods. Thatâ€™s almost all of us, though, â€œthose affected,â€ even if the only effects were sleepless nights listening to the wind and rain, and breaking hearts watching the footage on the news.

To those affected more deeply, more thoroughlyâ€”those who had to evacuate, those cut off from their homes with no idea when they will return, those who lost their homesâ€”we can and do offer thoughts and prayers, a couch or spare room if we have one, donations to the charities and services helping the displaced and aiding the recovery.

Something about that feels cheap, though, expected and polite. How can we express, with any degree of adequacy, the just compassion and empathy for our neighbors, friends, family, when their lives have been so disrupted, when their ways to and through our shared homeâ€”downtown city grids, whole subdivisions, major highways like I-40 and US 74, even the doggone state portsâ€”are under water?

Speaking only for myself, this is one of those times when Iâ€™m tempted to feel like the discipline of well-crafted words is trivial, and my devotion to it an indulgence. I feel like I should have stuck to truck driving so I could help haul in supplies, or learned something useful like one of the building trades, or become a firefighter or pilot like I wanted to as a boy. I feel like I should put on hold my duties to the Network, grab my work boots and gloves, and go east, a volunteer.

What can writers do at a time like this? Is it enough to bear witness and keep accounts, as Wilmingtonâ€™s Taylor Brown did so effectively in Tuesdayâ€™s New York Times? Is it worth the effort to study and warn of the effects of changing weather patterns and coastal overdevelopment, when generations of very fine writersâ€”from Rachel Carson to North Carolinians Scott Huler and David Gessner (among many others)â€”have done just that…and Florence came anyway?

What can an organization like the Network do in a time like this? We can share this list of Hurricane Florence Relief and Recovery Resources, compiled and posted by the North Carolina Center for Nonprofits.

We can have at the Fall Conference collection boxes where registrants can donate needed items for hurricane victims, as we did after Matthew, the last catastrophic, â€œonce-every-500-yearsâ€ hurricane and flooding to hit North Carolina, all of two years ago. Weâ€™re going to get tired of doing that, though, if weâ€™re going to have to do it every other year (or more).