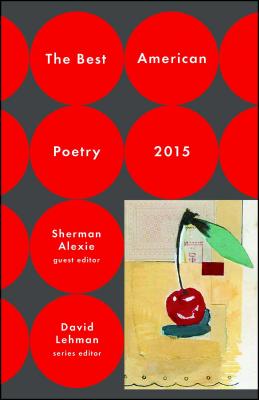 A little over a year after the controversy surrounding the nomination of North Carolina’s next Poet Laureateâ€”and all the lively conversation that went along with thatâ€”the poetry world has a new storm brewing, this time centered on The Best American Poetry 2015 anthology.

â€œAfter a poem of mine has been rejected a multitude of times under my real name, I put Yi-Fenâ€™s name on it and send it out again,â€ [Hudson] wrote. â€œAs a strategy for â€˜placingâ€™ poems this has been quite successful … The poem in question â€¦ was rejected under my real name forty times before I sent it out as Yi-Fen Chou (I keep detailed records). As Yi-Fen the poem was rejected nine times before Prairie Schooner took it. If indeed this is one of the best American poems of 2015, it took quite a bit of effort to get it into print, but Iâ€™m nothing if not persistent.â€

Alexie went to great lengths to be transparent about his process for judging the poems, and apologized for the “damn mess.â€ The stats are interestingâ€”99 percent of the poets are professors; thirty poets appear who Alexie had never read before choosing them for the anthology.

This has all sparked a great many conversations, and strong emotions, on both sides of the issue. We’ve even been kicking it around here in the Network offices, and thought it was worth sharing with our readership, to see what you think.

The North Carolina Writers’ Network sponsors four contests each year, all of which are judged blindly. Could the Best American Poetry anthology have avoided this boondoggle if all its submissions were blind? What onus is on a final judge to make sure different voices are all heard equally? Does this mess prove that literature is an “insider’s game,” or does all of this prove nothing, since both an editor at Prairie Schooner and later Sherman Alexie chose the same poem, thereby proving its inherent worth? Are there ethical questions here?

Talk to us @WritingestState or in the comments below.