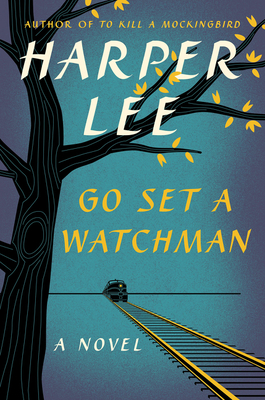 Yesterday marked the release of Harper Lee’s Go Set a Watchman, her first novel since the 1960 debut of the much-celebrated To Kill a Mockingbird.

Without spoiling anything for anyone who hasn’t been following the build-up on some form of social media, there’s been a flurry of excitementâ€”and controversyâ€”over the book’s release. But from coast to coast, our biggest takeaway is this: books still matter. Clearly.

In Los Angeles during a marathon, day-long event, celebrities took turns reading Watchman, including DJ Cynthia Fox and author Cynthia Bond. Three-thousand miles away, in New York City, actress Mary Badham, who played Scout in the 1962 film of Mockingbird, read selections from both books at the 92nd Street Y. In Monroeville, Alabama, Lee’s hometown, Ol’ Curiosities and Book Shoppe began selling the new book at midnight and celebrated with an Atticus Finch impersonator, welcoming visitors from all over the world.

The panel, which included author AJ Mayhew as well as Christopher Brook, Legal Director of the ACLU of North Carolina, discussed issues of social justice and inequality inherent in Mockingbird, and how the novel continues to resonate today.

â€œIt is so contemporary on every front,â€ said panelist Joe Flora, professor emeritus of UNC-Chapel Hillâ€™s Department of English and Comparative Literature. â€œBlack lives matterâ€”weâ€™ve heard it this summer, and this novel deals with that theme.â€

Still, those on the panel agreed the publication of Watchman was more “publicity stunt” than “literary decision,” a view shared by many.