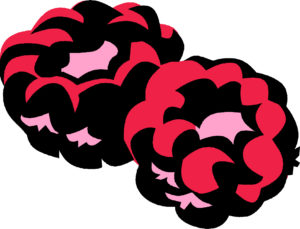 During â€œThe Prompt Partyâ€ at The NCWN Writingest State Online Conference, Saturday, November 14, sponsored by Plottr, we broke up into four separate rooms and randomly assigned a genre to the randomly assigned attendees. Then, we gave a prompt:

If you missed the “Short Scene” and “Fiction” contributions, click on the appropriate links! A third room was assigned the genre of â€œNewspaper Article.â€ Hereâ€™s what that room wrote:

CLEVELAND, OHâ€”While working in the museum lab, Dr. Marc Shelley unearthed an astonishing discovery. While a kindergarten class from R.J. Lockhart Elementary school looked on, there suddenly appeared a magical being. Although one kindergartener was sucked into the beam, authorities report that he has been recovered in the cafeteria eating his peanut butter and raspberry jam sandwich.

The werewolf, whom sources have identified as â€œWoody,â€ emerged from the lab into the hallway and asked the students, â€œShould I be worried about the peanut butter?â€ One child responded sheepishly, â€œWell, only if you left the raspberry jam on the sandwich.”

Docents were alarmed when the teacher throwing the raspberry jam jar into the light promptly vanished as well, leaving the kindergarteners with the docents.

Woody the Werewolf looked at the docents and said, “Y’know, I wonder if this happened because of GMO foods, because my mother always said to avoid GMO foods and especially peanut butter with raspberry jam, I mean, what, are we now in charge of these kids?”

Dr. Shelley, stepping back, exclaimed: â€œThatâ€™s it! I knew the raspberry farm was sitting next to the nuclear power plant and yet I allowed Woody to eat that raspberry jam and peanut butter anyway!â€

The children were safely returned to school by Woody and authorities are investigating an outbreak of nuclear raspberry jam reactions in the cafeteria. More information will be released after investigation by Dr. Marc Shelley and his university.